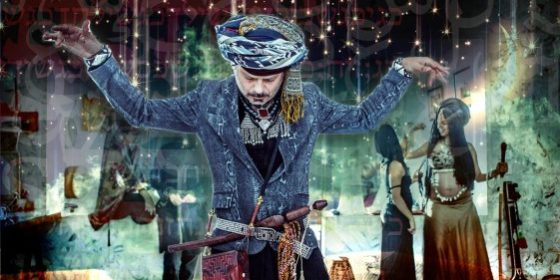 A MEDLEY OF BANDS , SINGERS AND MUSICIANS

To celebrate 12 years of Ta Blu – the rooftop lounge at Hotel Clarks Amer — an international music festival is being organized from 7 to 9 October. As a part of this festival, live concerts will take place on all three nights for which musical artists and bands from all across the globe will be coming to Jaipur. Each evening will be divided into two parts – while the opening part will be from 9.30 to 11.00 pm, the second round of will take place from 11.00 to 12.00 midnight.

Founder and lead guitarist of the well known band Indian Ocean, Susmit Sen will render his rhythms on the first day of the music festival along with his motley group of musicians. In the second act, Hari & Sukhmani, a band of two individuals who are singers, songwriters as well as producers will be presenting a fusion of traditional Punjabi folk and electronic music. On day two of the fest, Shye Ben Tzur, an Israeli composer, producer and performer will present a cross cultural mix of original Rajasthani music along with Hebrew poetry and Qawwali grooves. A Bangalore based Indian folk and fusion band, Swarathma will carry out a blend of Indian Folk,  classical Music and Western sounds in the latter act of the night. On the concluding day of the fest, the Gil Ron Shama Ensemble from Israel will play a mix of Sufi and Cabilastic inspired music and Persian traditional mix with Israeli modern oriental music. In the second act, Mrigya – a fusion band from Delhi will offer a rich blend of Blues, Funk, Folk, Latin, Indian Classical and Jazz.

Why you shouldn’t miss out on Jaipur Literature Festival 2020
October 4, 2015