You are here:
Book Reviews 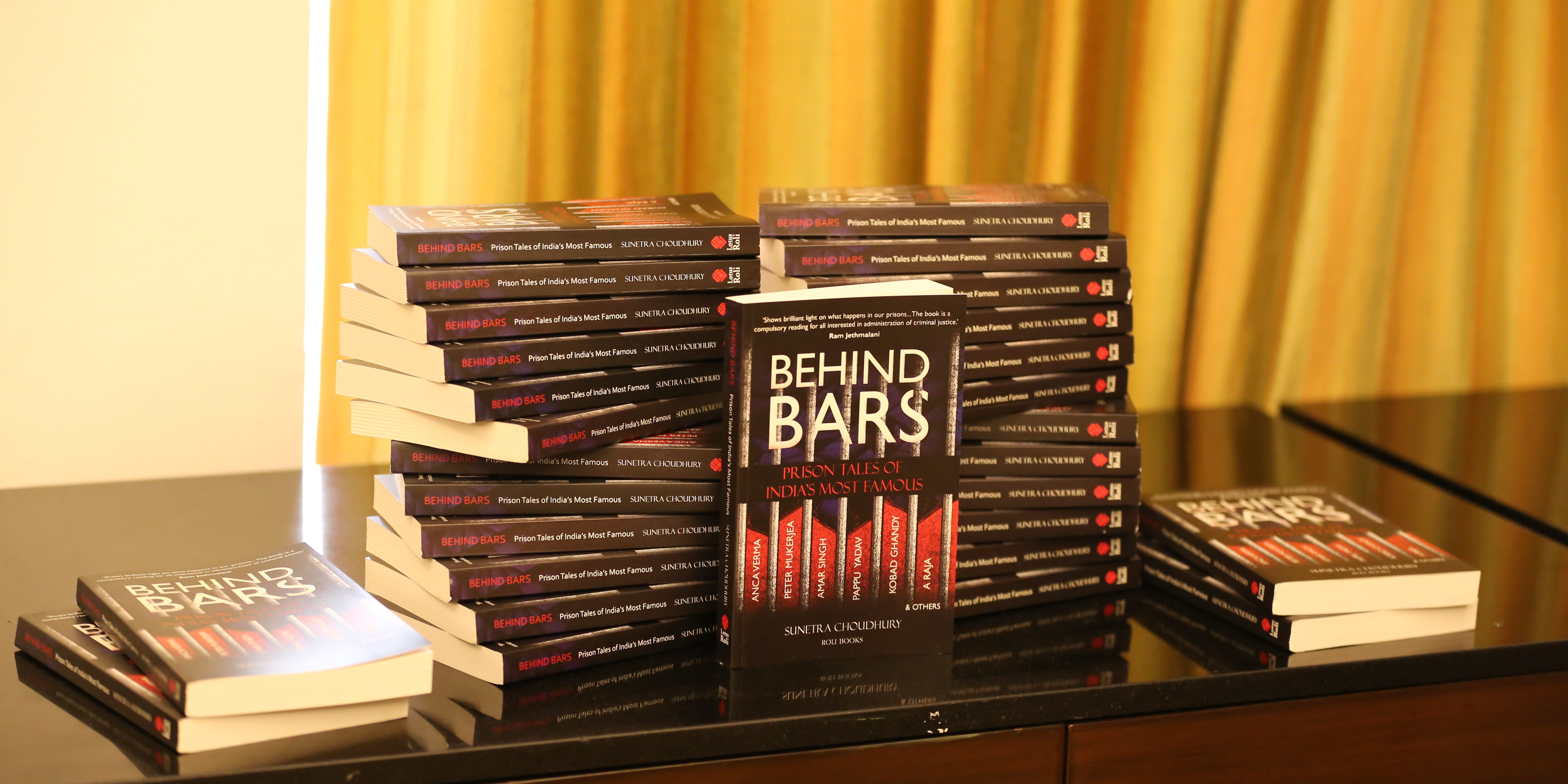 They say that prison can be a great leveler – but does this apply if you are a VIP inmate in an Indian prison? Maybe not. That’s the thing about prisons – they make one hell of a story. Award winning journalist and anchor Sunetra Choudhury was in Jaipur recently in a session centered on her latest book ‘Behind Bars: Prison Tales of India’s Most Famous’. In conversation with Ajit Singh, Director General of Prisons, Rajasthan, Sunetra unfolded many interesting prison stories that greatly astonished the audience.

The stories in the book are personal – very intimate accounts of the lowest points of people’s lives. She explores ​stories of different people based on extensive first hand interviews with them. While some of them were raped, sexually abused, beaten and humiliated in jail, others could wear the latest collections of Versace and Jimmy Choo. If you are rich, you can get anything in jail, Sunetra remarked. Shedding light on what led her to write such a book, the author showed pictures of​ Anca Verma (convicted on charges of corruption and money laundering with her husband Abhishek Verma)​ wearing the most recent fall collection, during her time in Tihar jail. Her interaction with Anca set her on the adventure with India’s richest behind the bars. Stories of Amar Singh, Pappu Yadav, Peter Mukerjea, Kobad Ghandy, among others have been included in the book.  She has even reproduced the charge sheets of the people in her book so that the readers can decide for themselves. In all there are 13 stories in the book of people who can be broadly divided into 3 categories – the powerful who subverted the system, those who faced the brunt of the system and lastly those who’d like the reader to believe that they are innocent. However, there was no conscious design or agenda of the book and happened to be a co-incidence, informed Sunetra. Audience at the Write Circle event

The event was held as a part of The Write Circle series presented by Shree Cement and Prabha Khaitan Foundation at Hotel ITC Rajputana.

Book Review: ‘Things to Leave Behind’ by Namita Gokhale
June 1, 2017

Panoti in Blunderland: A tale of friendship, love and courage
June 1, 2017