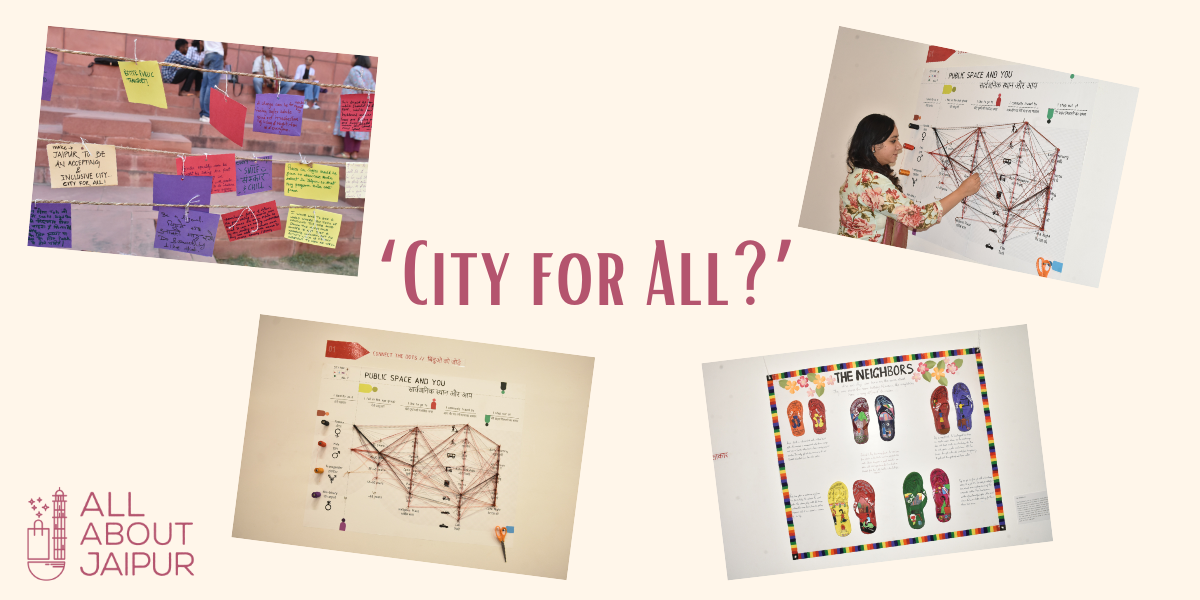 “Cities across the world are designed by men. Hence, women and transgender people must navigate in urban worlds that were never created with their needs in mind. We need to look more closely at urban landscapes and figure out how they can be thoughtfully designed so that women and transgender people feel at ease and safe in them. Doing so demands a nuanced approach. Consider the benches, tables, chairs, and other furniture that is commonly found in public places. While men have no difficulty using these, transgender people find them anguishing. Such facets need to be redesigned so that everyone, not just men, can comfortably use them”, says Swati Janu, an architect, artist and curator of the 2-day ‘City for All?” Public Art Festival which recently concluded at Jawahar Kala Kendra.

The 6-city exhibition endeavours to make public spaces in Indian cities more accessible to women and transgender people by engaging the masses in public art projects. The week before the scheduled exhibition, a pin-up map of the city travelled across 6 Jaipur neighbourhoods including Bhatta Basti, Raja Park, Bagru etc.  The chosen neighbourhoods were diverse to allow people from different backgrounds to partake in an activity. People in these neighbourhoods were asked where they like to go with family and friends. They pinned coloured ‘bindis’ on these locations on the map. Through this activity emerged discussions around what makes a public space inclusive for different groups of people.

Participants were asked a pressing question, ‘who are our cities designed for?’ They were also asked questions they never thought of before such as: who has the right to leisure in their cities?, how can women and transgender people feel welcome, comfortable, and secure in public spaces?, what barriers do transgender people encounter when they try to occupy public spaces?, how can access to public spaces be increased for people of all ages, genders, sexual preferences, classes, and abilities?, and what do they consider to be an ideal public space? The participants were posed these questions and after discussions answers to them were found, what emerged was a way to rethink the public spaces in Jaipur such that they become more accessible to women and transgender people.

During the festival, the maps used in this project were exhibited. Accompanying them were dialogues and stories that emerged from each Jaipur neighbourhood.

The festival had a number of live and interactive installations as well to involve the viewers in the process of understanding what people of different gender want from the city. An installation ‘Connect the Dots’ required people to map their use of public space with different coloured threads for each gender. The end results showed which kind of public spaces people from different age groups and gender preferred to go to and at what time and using which medium they travelled.

Similarly, another installation asked the visitors to write what they would like to change in the city if they were the Chief Minister for a day. The installation elicited interesting responses: While some wanted better public transport, others wanted a safer space to roam around freely at any time of the day or night, all broadly pointing towards creating a more inclusive space for everyone in the society.

Back to School Programme

The ‘Back to School’ Programme, a social initiative of Indian Women Blog, partnered with the event to bring about awareness for education and equal opportunities for girls. An art installation, ‘The Neighbours’ created by the students used slippers and feet as a symbol to show how disparity exists in terms of opportunities and access to resources between two neighbours due to their gender. Through a simple story, the children depicted how the city comes as different when one of the pedestrian is a girl and the other is a boy, as they walk on their life path.

The students also presented a short play based on the novel “Kyon Kyon Ladki” by noted author Mahashweta Devi. The play talked about the need to question, especially for young girls. It gave the message that only the urge to question everything around us can open our eyes to the world and its possibilities and the power to question can only come from education and empowerment.


The public art festival was a part of the Bonjour India initiative, an artistic, cultural, educational, and social initiative by the Embassy of France and its cultural service, Institut Français en Inde, the Alliance Française Network, and the Consulates of France. The festival is scheduled in 5 other cities: Chandigarh on 9 and 10 April, Ahmedabad on 16 and 17 April, Pune on 23 and 24 April, Bangalore on 29 and 30 April, and Delhi on 7 and 8 May. At the end of the exhibit, it will travel to Lyon, France.

Menu
PrevPrevious‘City for All?’: An initiative to explore inclusivity in public space
NextWhen Lolo got candid at a session of FICCI FLO JaipurNext
On Key 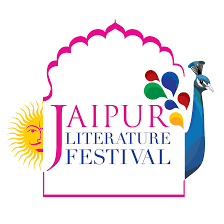 The iconic Jaipur Literature Festival is all set to run from 19th – 23rd January, 2023 at Hotel Clarks Amer, Jaipur. This year, at its 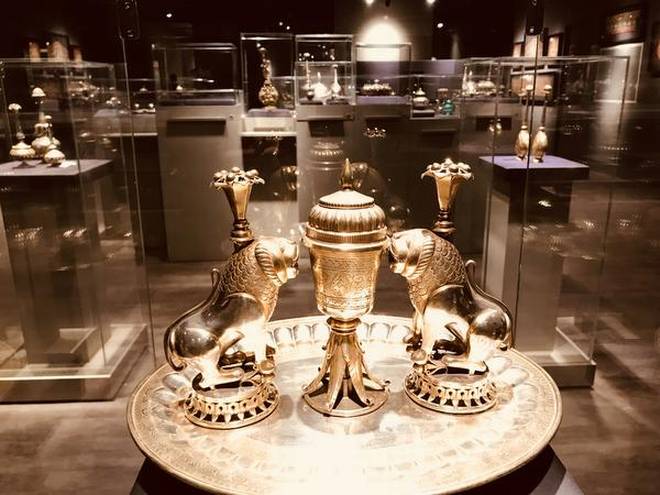 Amrapali Launches the First Ever Jewellery Museum in Jaipur

What began as a passion and love for collecting beautiful artefacts slowly transformed into a magnanimous collection for Co-founder and Conceptualizers of Amrapali Museum, Rajiv 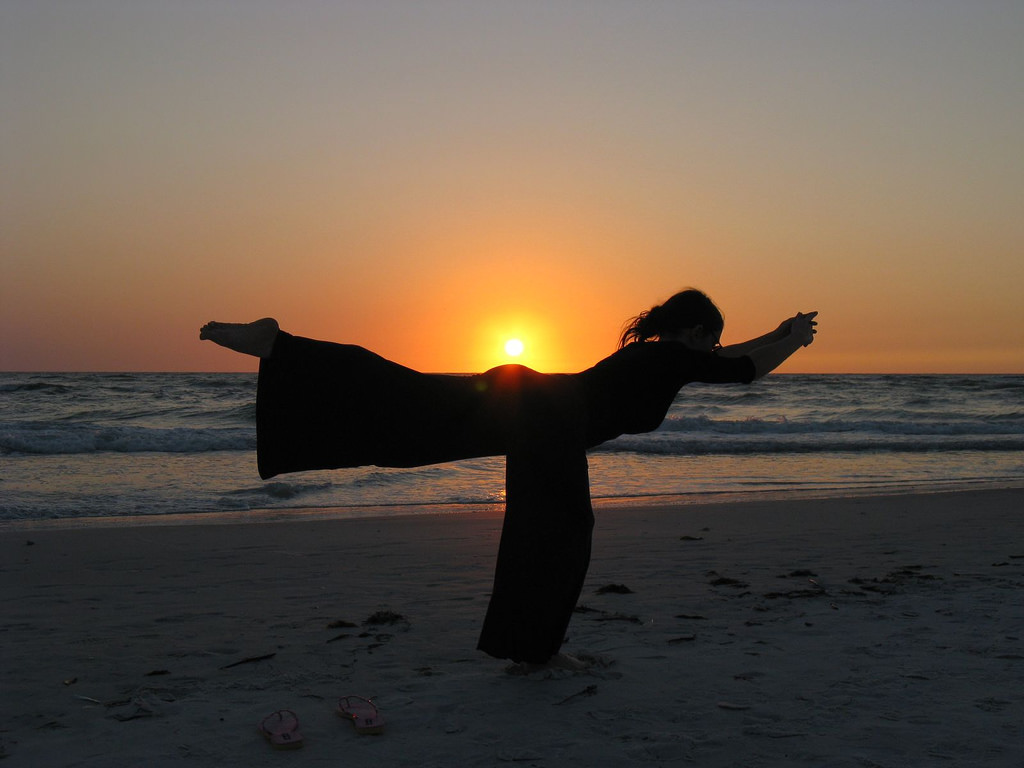 When Lolo got candid at a session of FICCI FLO Jaipur

Renowned bollywood actor, Karisma Kapoor was recently in the Pink City to interact with the ladies of the FICCI Ladies Organization, Jaipur Chapter. After a