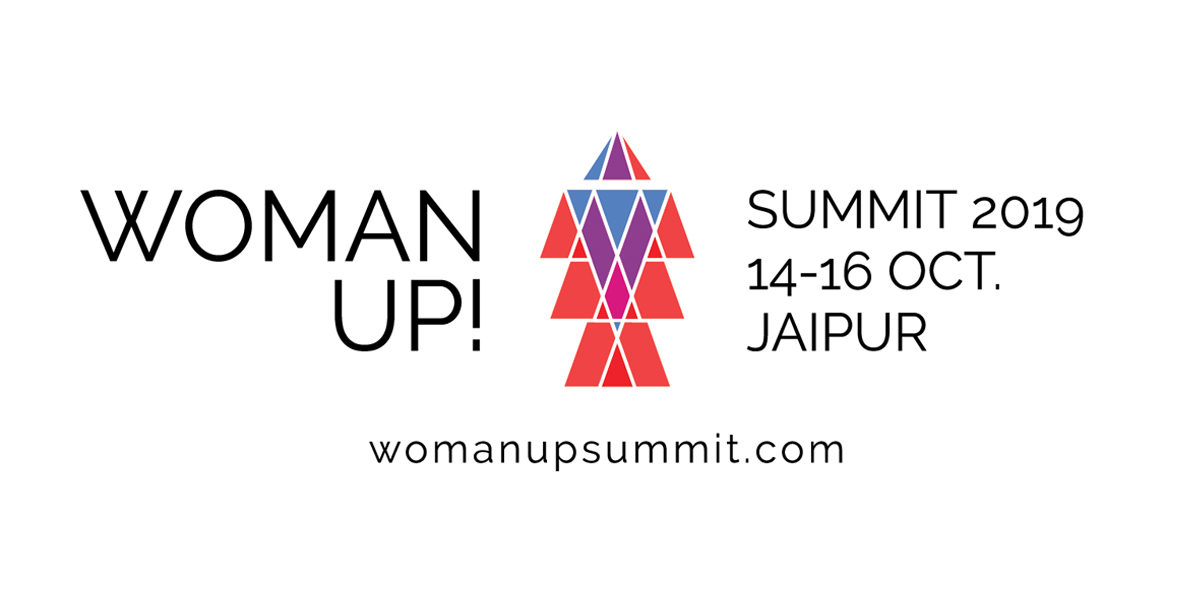 It is time for everyone to lift themselves out of their ostrich-like existences and own the space that is ours rightfully. Professionalism, work ethics, multi-tasking, impassioned commitment and the taste of imploding success in the work done in multifarious fields by women will be a few of the focus areas of the third edition of the ‘Woman Up! Summit 2019’ from 14 to 16 October at Hotel Grand Uniara.

The event is an initiative by Siyahi. Like its previous editions, the Summit will be driven by conversations and personal narratives of an exemplary group of speakers. Participants will have the opportunity for real-time engagement during mentoring sessions, witness success through stories and enjoy enthralling performances, and connect with brands and entrepreneurs creating handmade textiles, handicrafts and artisan products at the Woman Up! pop-up.

Over the past two years, Woman Up! has celebrated the success stories of women from all walks of life – from the first female coolie in the NWR to female film directors making their mark in a male-dominated Bollywood, from the first female comic on the scene, to women achieving success at grassroot levels to combat foeticide and encourage equal opportunities for young girls, artists, writers, actors, entrepreneurs, sports persons. This year, the summit will feature successful, strong women from every field – Princess Diya Kumari, Rajsamand MP and the Founder of the Princess Diya Kumari Foundation (PDKF), Bhanwari Devi, a widely known Rajasthani folk singer, Eika Banerjee, the CEO of Future Learning, Guneet Monga, Oscar winner and producer of films like The Lunchbox and Masaan, Viji Venkatesh, a community leader specializing in cancer patient care, Sairee Chahal, CEO, SHEROES.

Furthermore, 60 organisations who are pledgers of the #WomenAtWork, a Siyahi initiative, will be felicitated during the Summit. It is to be noted that the initiative which was launched at ‘Woman up! Summit 2017’, focuses on inspiring organizations to increase women workforce and ensure the re-employment of women after sabbaticals they often need to take because of societal pressures and family commitments.

The JCB Literature Foundation announces an initiative for the visually impaired at the ZEE Jaipur Literature Festival 2020
September 20, 2019

Why you shouldn’t miss out on Jaipur Literature Festival 2020
September 20, 2019