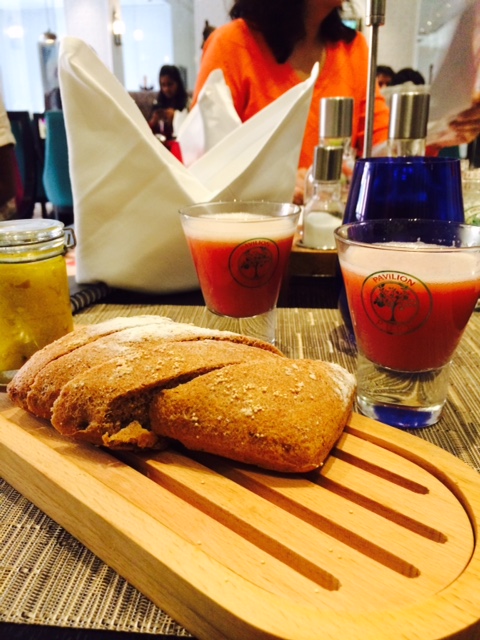 With its revamped menu, The Jaipur Pavilion at Hotel ITC Rajputana unveils a wholesome experience  that offers a caringly selected and mindfully prepared health friendly menu. The new chef crafted menu is a mélange of the good old ancient Grains of Goodness, rich Indian Super Foods, Sattava and Swasthya cuisine, Local and Regional delicacies as well as the Best of Pavilion.

At a especially curated event by ITC Hotels, a foretasting of the new menu was organized for the Pink City bloggers. What unfolded was a sumptuous five course meal. The tasting started on a healthy note with fresh cold pressed fruit and vegetable juices. On offer was a choice of ‘Cucumber, Celery and Pineapple Juice’ and ‘Apple and Pomegranate Juice’. While the latter was undoubtedly refreshing, the Cucumber, Celery and Pineapple one was as rejuvenating as it was different.

Served along with the juices was a Ragi and Amaranth Ciabatta crusty bread with a corn and macadamia pesto. Chef Anubhav Moza of ITC Rajputana explained to us that the crusty bread is an earnest attempt to engage the guests with the rich taste of the forgotten grain. Another underlying objective of ITC Hotels behind using the ancient grains is to engage with the local farmers and, of course, putting nature first!

Next came up a ‘Mezze Palette’ from the Middle East consisting of Roast Cauliflower Walnut Hummus, Babaghanoush and served with pita and Samboosek (a type of samosa) filled with spinach and feta. Also accompanying it was a hung yoghurt fluff with a garlic twist. The first round concluded with a mayonnaise rich ‘Pavilion Shrimp Cocktail’ made with a South Indian twist using cocum (a fruit which when dried is used to spice and add flavor to curries and dishes on the Konkan coast), curry leaves and mustard seeds.

Next came the ‘Soupy’ round with a choice of Singaporean Laksa and Caramelized Mushroom and Barley Soup.  Highly popular in South East Asia, the Singaporean Laksa comprising of chicken, shrimp, fish and hakka noodles along with a soft boiled egg is a full meal in itself. The hearty vegetarian Caramelized Mushroom and Barley Soup was utterly delicious.

Tasting round three was all about ‘Stacks & Wraps’. From a preference of Green Burger and the Chicken Ton Katsu Burger, I chose to try the ‘Green Burger’ accompanied with jarred mesculan greens and potato wedges. The buns were topped with the goodness of rye and sunflower seeds. Made with broccoli, spinach and green peas, the patty of the burger was a clear reflection of the Sattava and Swasthya cuisine as it was completely vegetarian.  In continuance with the ITC Hotels’ initiative towards a holistic well being, the patty of the burger is skillet fried rather than being deep fried.

What followed in the next round were the local and regional delicacies of the State. Jaipur Pavilion, being a befitting tribute to “Rajpootana”, served us the all time favourite of the Rajasthanis – ‘Laal Maas’. Served with a choice of Indian flat breads like naan,paratha and missi roti, among others, this mutton curry dish prepared with loads of spices and ghee was literally to die for. Also served was a popular vegetarian local delicacy – ‘Panchkutta Ki Sabzi’. As the name suggests, the dish is made out of mainly five ingredients – ker, sangri, kachari, kumat and gunda.

While we were stuffed to the top, we couldn’t bring ourselves to say no to the dessert. And how can one say no to White Chocolate Cheese Cake and Pavilion Chocolate Fudge presented in a manner that it looks just straight out of heaven!  The White Chocolate Cheesecake with spiced forest berry compote was, hands down, delectably delightful! The Pavilion Chocolate Fudge was topped with pecan nuts and walnuts. The Jaggery Caramel sauce, cocoa crumble, hazelnut sponge as well as a thyme scented berry compote that accompanied the fudge added immensely to the richness and deliciousness of the dessert.

The gastronomic experience at the Jaipur Pavilion is definitely unmissable!

Meet the man who’s cycling from Kashmir to Kanyakumari

Meet Salwat Hamrah. He was born in Srinagar and brought up in the valley till the age of 18 years. An entrepreneur, yoga teacher as 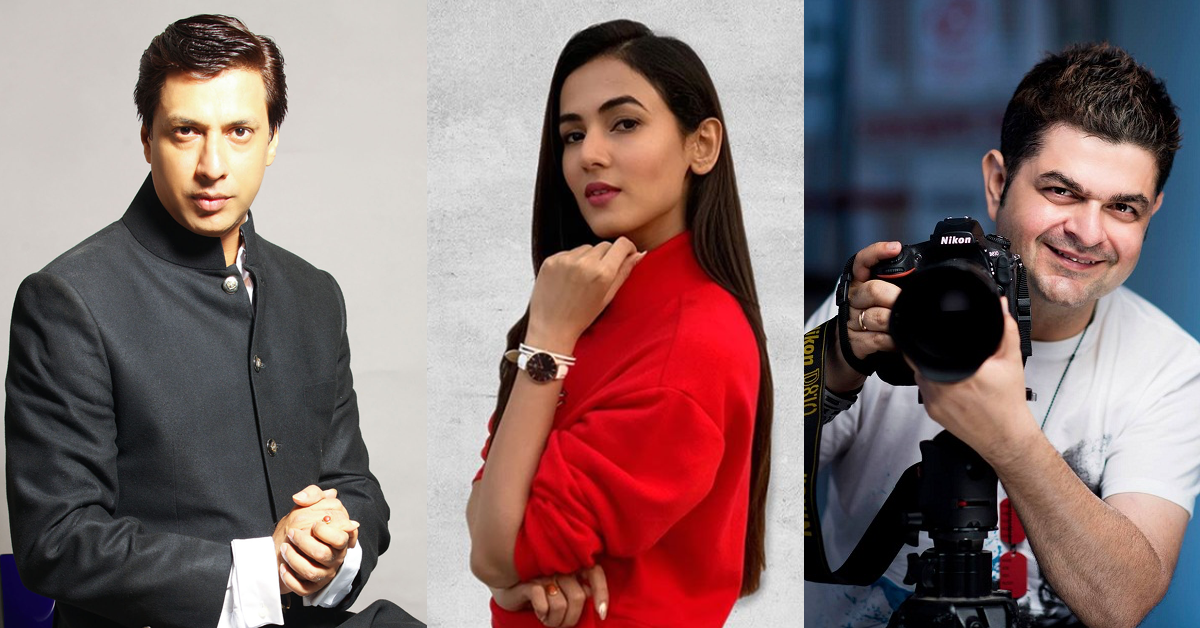 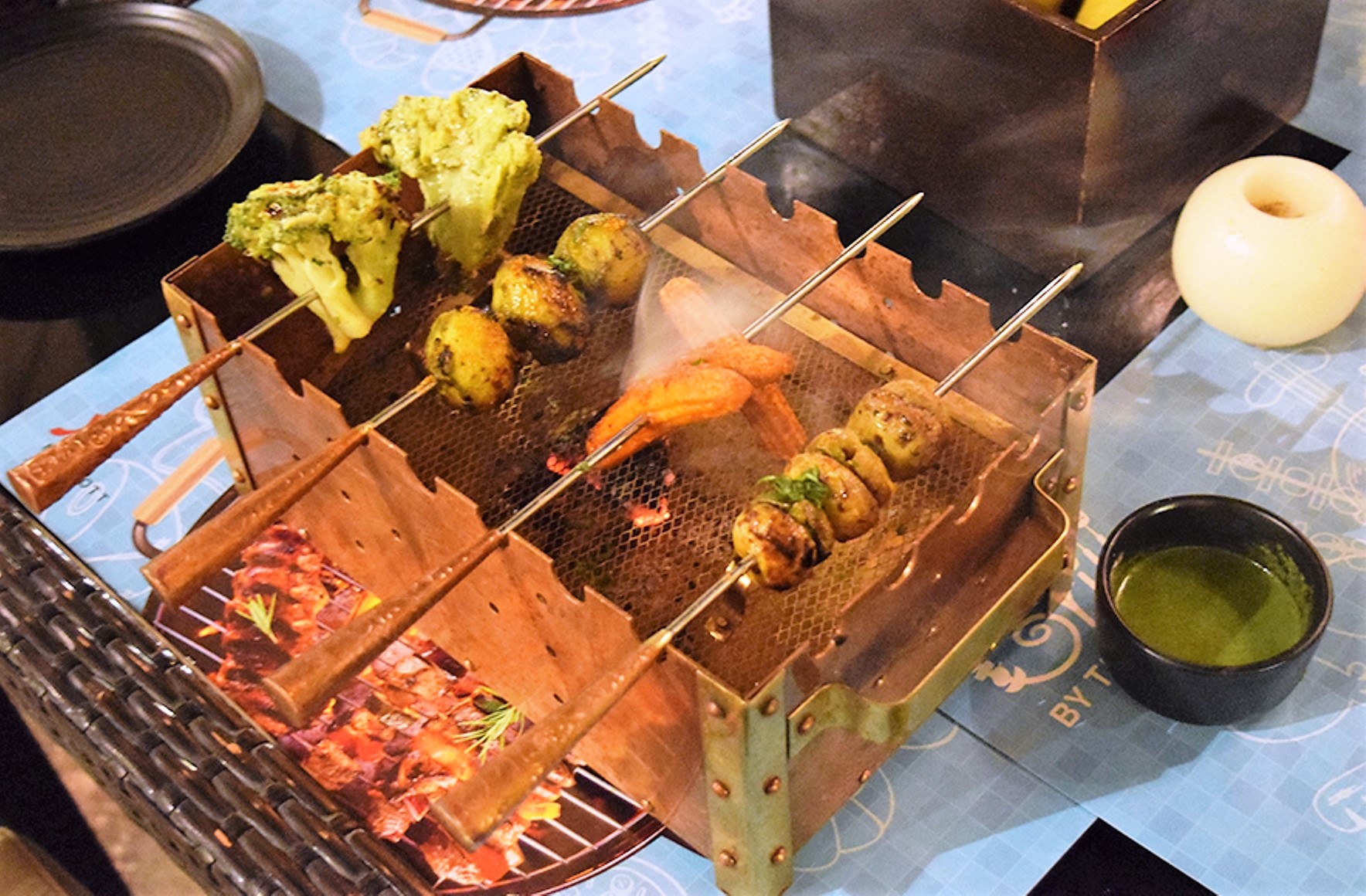 During these unprecedented times when the outside is a scary place, we must remember that things are not as scary when we have friends around.