Jaipur Diary: Reflecting Pink City As It Is 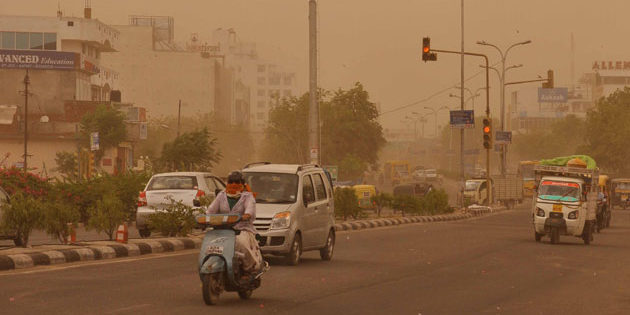 Summer learnings are a regular feature in any city during the months of May and June. The 2 most popular centres are the Jawahar Kala Kendra (JKK) and the City Palace. Both these centres get well known artistes and painters to come and train the children. At the end of the 45-day long training they, the children, give performances much to the delight of their proud parents. The local artistes have been up in arms against the JKK ever since the State Government made this huge initiative of revamping the cultural hub of Rajasthan. The Centre, designed by Charles Correa, has been totally revamped past over one year. The Centre has seen plethora of national and international artistes who have come and performed here. Nevertheless, the local artistes keep feeling that they have been neglected and ignored. As many as 87 RTIs have been filed against the organisation. Hope there will be a solution soon. Meanwhile, the JKK is all set for a series of performances in the coming year. The calendar is ready which also includes a week of theatre specially for the Rajasthani artistes and playwrights. Where on Earth have the ‘Aandhis’ gone?

Dust storms used to be a pretty regular feature in Jaipur. ‘Aandhis’ as we called them used to came at the onset of summer and used to put in disarray the entire city. Apart form the dust everywhere－including the mouth, eyes and hair－more often than not the power would go away too for a few hours. Frankly, I long for the dust storms which I haven’t witnessed for a couple of years. God alone knows if it is owing to the global warming, the much touted term these days. If there is one thing I like about the summer are the fruits. In Jaipur, the best place to shop for fruits is, of course, the Lal Kothi Mandi. There is, of course, the king of fruits the Mango. One can also find the Mumbai’s Alphonso here as well. One can order in bulk also as give-aways. Then there are the ‘jamuns’, ‘phalsas’, ‘lychees’, cherries, plums, apricots among others. Whoever said summers are unbearable? 26 YO Shivangi Sarda is the youngest female from Rajasthan to complete Ironman Triathlon 70.3
June 20, 2017

Storytelling through photographs & films at this workshop at JKK
June 20, 2017

Students of Umang meet Salman Khan during his Dabangg 3 Shoot in Jaipur
June 20, 2017

Giving flight to imagination with a Visual Stories workshop at JKK
June 20, 2017