The third day of the Festival had concluded with an insightful discussion featuring Simonyi Professor for the Public Understanding of Science and Professor of Mathematics at the University of Oxford, Marcu Du Sautoy in conversation with poet and novelist Jerry Pinto. Sautoy stressed on how math lets us do more with less and attempts to solve the age-old question of hard work truly being the only key to success. Another session had academic Santanu Das and diplomat Navtej Sarna in conversation with historian, author, presenter and BAFTA-winning filmmaker David Olusoga discussing the letters sent home from France by the soldiers in the First World War.While reading some excerpts from his book, India, Empire and the First World War, Das spoke about the relationship between Indian soldiers and British officers during the War.

On the fourth day, ‘The Museums That Make Us’  featured Director of the Victoria and Albert Museum Tristram Hunt, Chief Secretary, Government of Rajasthan Usha Sharma, British sculptor Andrew Logan, archaeologist Richard Blurton and head of culture and learning programmes at the British Library Jamie Andrews in conversation with Managing Director, Teamwork Arts and Festival Producer Sanjoy K. Roy. Andrews spoke about democratising access to information and the celebration of 50 years of the British Library. While talking about the curation of artefacts at the British Museum, Blurton noted, “Objects are part of the story of man’s life on the planet.” Logan spoke about the significance of private museums in the contemporary age whilst Andrews and Roy discussed the importance and benefits of the collaboration of museums and libraries across the world. Speaking about translations of various works in different languages to English, Andrews said, “So one of the big things we are doing at the moment with partners in India… is working on OCR, Optimal Character Recognition for other scripts, for Indian script, for Urdu, for Bengali, for other Indian scripts, to make sure that this material, once it’s digitised can be easily found.”

Award-winning author Suraj Yengde in conversation with academic Surinder S Jodhka discussed the persistence of caste in contemporary India. Talking about what it means to be a Dalit, Yengde said, “Dalit is a space that India needs to find itself in… this is a space where you can share a fraternity, where friendship is a primary relationship and then from the friendship, you can create the new avatars of humanity.” The discussion swayed between the many instances of caste atrocities and the conceptual underpinnings thereof. They also discussed identity politics and how its burden is on Dalits who face caste oppression, alongside the need for intersections between gender, class, religion and how caste manifests differently across the country.

Award-winning writer of 21 books Chitra Banerjee Divakaruni was in conversation withwriter and oral historian Aanchal Malhotra to discuss her recent novel Independence. Banerjee talked about the importance of remembrance and said, “If we don’t remember the story of how we became a nation, how we became free, that is a very sad thing, we will forget if we don’t read about it”. On writing women-centric novels, she noted, “It was very important for me as a woman to write the stories of these women who were undergoing Independence, Partition, violence but also exhilaration and…(the) coming forth of dreams after a long time—so both the positive and the negative, I had to put them in the centre…” The book was launched by Sudha Murty at the Jaipur Literature Festival 2023.

The book The Art of Bitfulness was featured in a discussion with Infosys Technologies Co-founder and Chairman Nandan Nilekani along with the book’s authors Tanuj Bhojwani and Anirudh Suri. Introduced by Sudhanshu Sekhar Khamari, the session addressed the question of an individual’s relationship with technology.  While talking about the idea behind the book, Nilekani said, “The book is really about how to live with technology, how to be on top of it rather than let technology dominate you… “

Australia’s High Commission to India, Barry O’Farrell, G20 Sherpa of India Amitabh Kant, the Economic, Environment, Science, and Technology Minister Counselor of the US Embassy in New Delhi, Drew Schufletowski, US Ambassador to India Emmanuel Lenain, and Ambassador of the UAE to India Abdulnasser Alshaali were in conversation with former Indian diplomat Navdeep Suri. Addressing India hosting the G20 summit, Kant said, “…any gatherings of leaders…of the true leaders of the world is about how they are accelerating progress on Sustainable Development Goals.” The panel had a critical discussion on geopolitics, the burdens of history, and the need for cooperation among governments, continents, and cultures.

Award winning author Akshaya Mukul‘s book Writer, Rebel, Soldier, Lover: The Many Lives of Agyeya and Vineet Gill’s Here and Hereafter: Nirmal Verma’s Life in Literature give insights of the lives of two pioneers of modernism in Hindi literature. Mukul and Gill were in conversation with Creative Director of Oijo Media and co-founder of the Indian History Collective Pragya Tiwari. They discussed how the trajectory of Agyeya’s literary career changed overtime, from drawing inspiration from European writers to promoting Indian literature and moving towards tradition, thereby contradicting himself throughout. Speaking of what influenced him to write this book, Mukul said, “There were many Agyeyas, so there were many kinds of influences.” The session began with a musical rendition by Vidya Shah singing Chale, Chalo, Doh by Agyeya.

Leading financial historian Edward Chancellor, in conversation with Member of the Economic Advisory Council to the Prime Minister (EAC-PM) Sanjeev Sanyal, discussed interest rates and how monetary policy is going through many difficulties following not just the COVID crisis but also the financial crisis of 2007-8. During the conversation, the Chancellor drew many instances from ancient Mesopotamia and Greek philosophers to give the audience an idea about the past in the context of interest rates.

Author and philanthropist Rohini Nilekani was in conversation with celebrated journalist, author, and columnist Vir Sanghvi discussing Nilekani’s groundbreaking book Samaaj, Sarkaar, Bazaar – A Citizen-First Approach. The discussion took the audience back to Nilekani’s childhood, her family background, her early years in Mumbai, the benefits of a great public system, her grandfather being a Gandhian who participated in Champaran’s Satyagraha, and how all of these experiences inspired her to take the initiative she took.

Author Ruth Harris in conversation with award-winning historian and author Hindol Sengupta discussed Vivekananda’s life and experiences in the USA and India. Speaking of the difficulties of reading Vivekananda today, Harris said, “It is the double-sidedness of his message that makes him both profoundly provocative, stimulating and at the same time, difficult to understand, because it seems like it is a lack of coherence, but I would say it isn’t…” The session also examined Sarada Devi’s influence in his life, and the role of women who are often neglected in the lives of “great men”. Also explored was the duality of Vivekananda’s thought, wherein he faced the dilemma of learning new things from the West, and of deflecting cliched criticisms of India.

One of India’s most-respected classical musicians, Padma Bhushan Hariprasad Chaurasia and author Sathya Saran, in conversation with Managing Director, Teamwork Arts and Festival Producer Sanjoy K Roy, discussed anecdotes from Chaurasia’s childhood and his journey with the bansuri. While talking about her books and writings, Saran noted, “I want to resist forgetting. The forgetting that happens of our great people. And I want to tell their stories”.

One of India’s highest-selling English fiction authors Ashwin Sanghi in conversation with Manjiri Prabhu discussed Sanghi’s thriller novel The Magician of Mazda: The Bharat Series 7. Travelling across time and geography, the exciting narrative visits countries and terrains with sparkling histories and hidden mysteries. Addressing the fraught and little known history of Zoroastrianism, they discussed how the Parsi community has struggled in the past and continues to struggle till today. Sharing his writing process and storytelling style, Sanghi said that “The journey is more important than the destination so you may start with Google or wiki…but then eventually it should lead you to deeper and deeper layers of research…”

British sculptor, jeweller and performance artist Andrew Logan, novelist, filmmaker Ruth Ozeki and internationally acclaimed artist and writer Edmund de Waal in conversation with award-winning journalist and broadcaster Kavita Puri examined the process of memoir-writing and its relationship to truth. Discussing how writing is a reflective activity, Logan said, “The focus was the memory, the things I remembered… so it was very much what I remembered at that time, and that’s what memoirs are about—writing what you remember.” Ozeki said, “I was very aware right from the start that reality was a malleable thing that could be bought and shaped with money…If you call something a memoir, a documentary, you are making a contract with the reader that you are going to tell the ‘truth’, whatever that may be.”

Concluding the day, the Festival hosted an awe-inspiring Heritage Evening at the historic Amber Fort with a magical performance, in association with ‘Engendered, Trans-national—arts and human rights’. For the very first time, a performance titled Āhuti by the Nrityagram Dance Ensemble, one of the premier Indian Classical dance institutes companies in collaboration with the Chitrasena Dance Company of Sri Lanka, was enacted. The show featured Kandyan and Odissi dance with stunning visuals, choreography and an evocative soundscape.  The ensemble was led by artistic director and choreographer Surupa Sen. The unique collaboration featured Odissi dancers Pavithra Reddy; Anoushka Rahman; Rohini Banerjee; Abhinaya Rohan; and Daquil Miriyala. The Kandyan dance form was represented by Thaji Dias; Kushan Dharmarathna; Geeth

This was followed by another performance titled – Shared Dreams by Harpreet and George Brooks. An award-winning saxophonist and composer, George Brooks with musician & singer Harpeet presented a piece, spanning genres and generations through poetry and music.

On the third day of Jaipur BookMark, the programme featured a panel discussing various aspects of publishing children’s literature. The speakers discussed the gaps between publishers and their readers, and forayed into expanding the publishing of translations. The panel also gave insights into the changes and challenges the publishing industry faced post-pandemic, and the emerging trends with OTT, podcasts, and adaptations.

At another session, the panellists spoke about the influence that children’s books have on young minds and the responsibility and challenges that come with it, especially the writers and illustrators as creators. They also discussed the importance of not having any gender stereotypical approach towards childrens’ books when creating them.

A discussion titled ‘GROWING UP RIGHT – NURTURING YOUNG READERS’ explored the importance of libraries where young people can spend time and gain knowledge. They discussed the possibilities of establishing free library networks, online discussion forums, and a book procurement policy by the government.

Another panel of speakers discussed the importance of building communities of readers. For a very long time, reader communities have shaped the industry but their importance has never been really understood. The panel talked about making efforts to strengthen these communities and educate them to promote readership.

Menu
PrevPreviousOf Coffee, Community and Collaborations | The story of Cafe Earnest
On Key 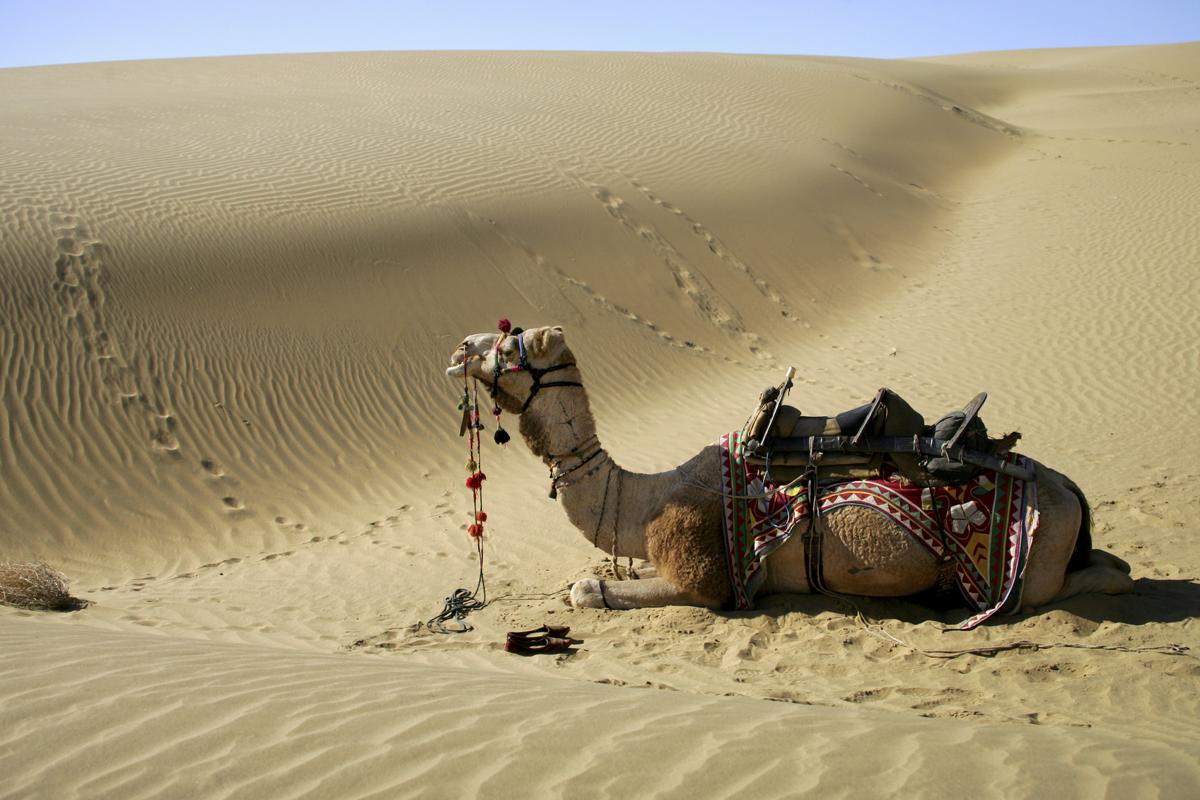 [Guest Post By Sakshi Agarwal; Edited by Reetuparna Dutta] If driving a car and exploring new places brings you happiness, then a weekend road trip 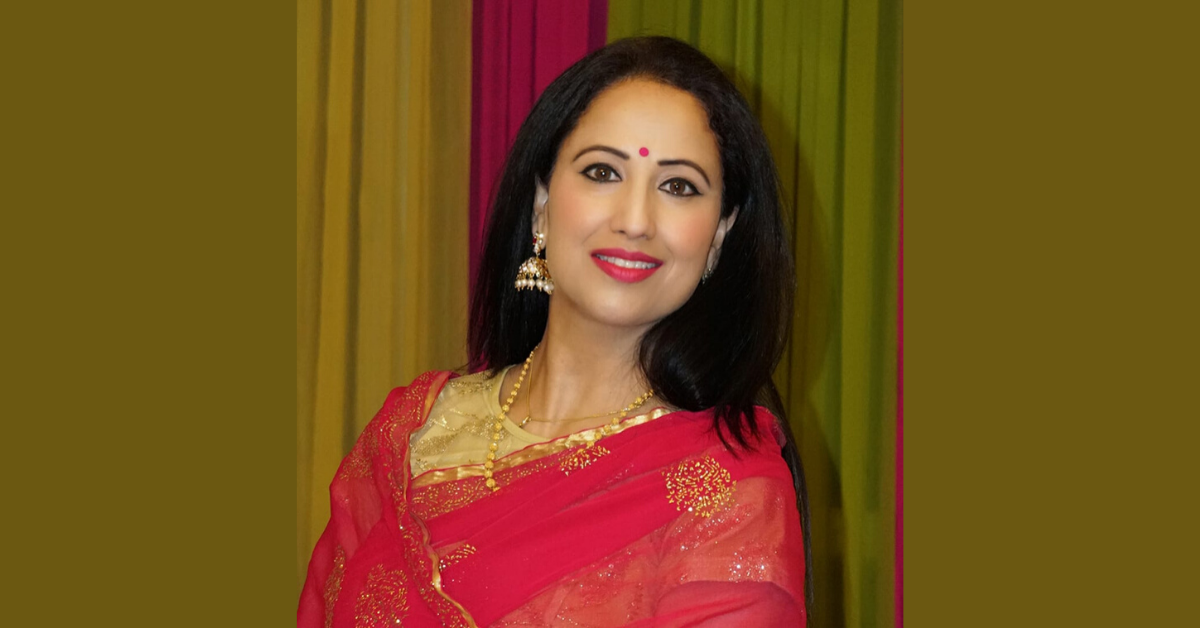 Ritu Singh is Rajasthan Government Nominee on Council of Architecture

Ritu Singh, Principal  Architect at her Jaipur based firm Design Architects has been appointed as a member of Council of Architecture, the statutory  body  of 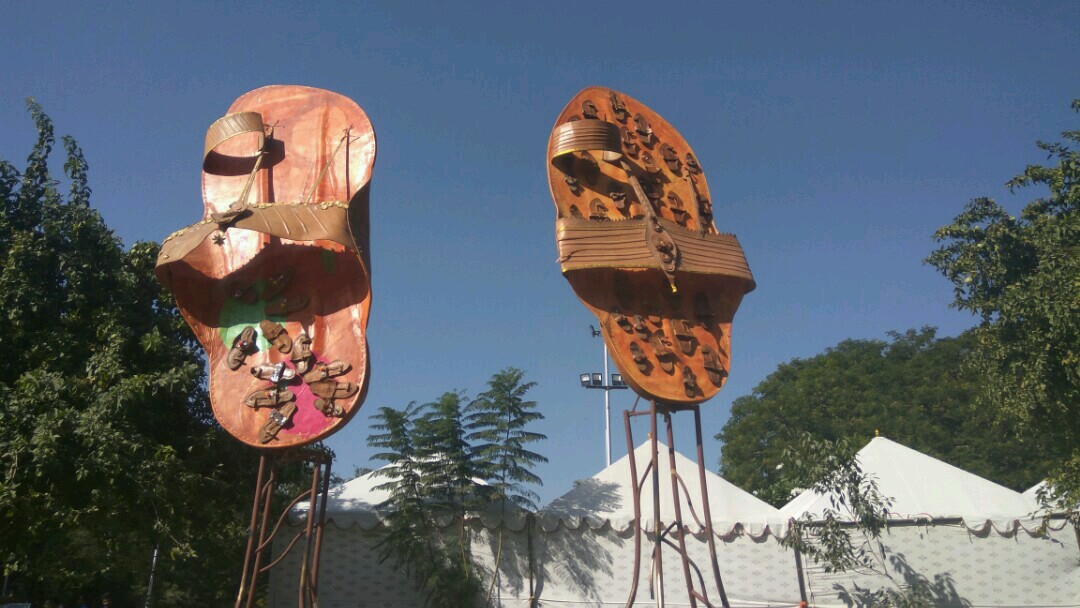 Our Top Picks at the Jaipur Art Summit 2016

The 5 day Jaipur Art Summit concluded on a high note at Ravindra Manch recently. Apart from the controversial painting that grabbed the attention of 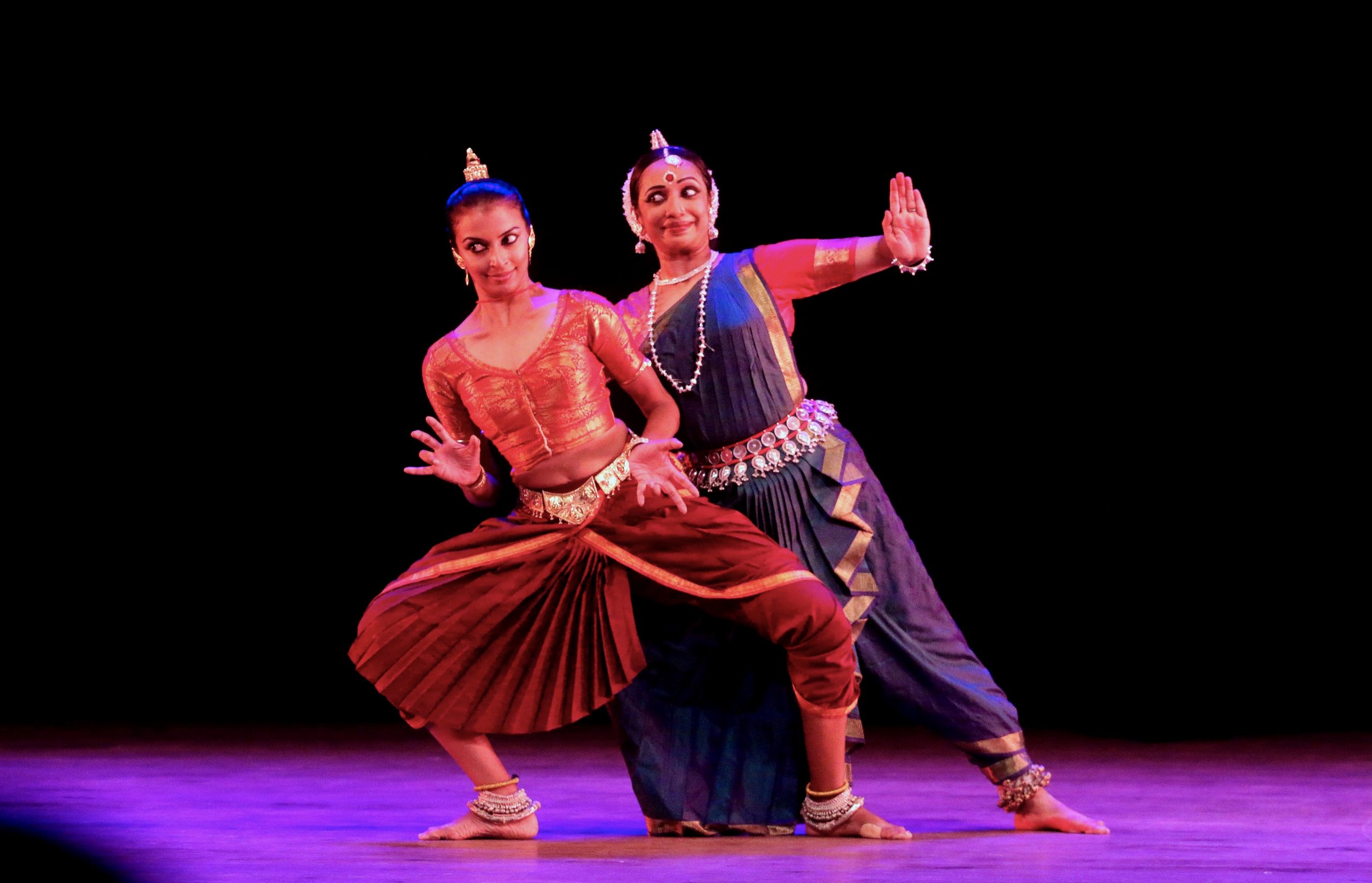 Jaipur Literature Festival 2023: Things to look out for!

The world’s most charismatic literary show, the iconic Jaipur Literature Festival, is all set to run its sixteenth edition from 19thto 23rd January, 2023. The