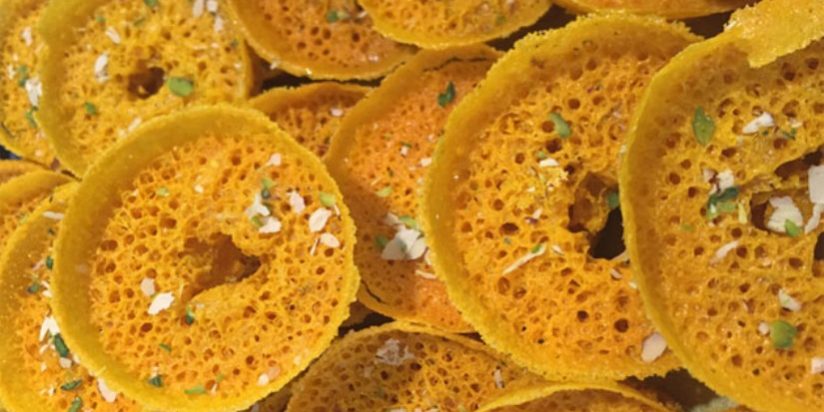 Ahead of the Pink City Food Festival in October – ‘Salt’– a one-of-its-kind record-making event will be held in Jaipur onThursday, 6 September. Co-organizer of the festival – Gyanjee Caterers – are attempting an “Asia Book of Records” for the largest ghewar.

Throwing light on the record attempt, organizer Salt Food Festival, Ms. Divolka Jain shared that to make the record, the minimum diameter of the ghewar must be 5 feet and it should weigh 20 kg and should be prepared within 3 hours. This attempt falls in the ‘Food and Fashion’ sub-category of ‘Culture and Creativity’. The record will be attempted at Sirsi road situated ‘Gyanjee’s Advaita’ and is open to general public for viewing. Salt Food Festival is a 2-day event which will be held on 20 and 21 October in Clarks Amer. The fest will feature alluring workshops by celebrity chefs, pop ups by food giants from around the country and market by home chefs, entertainment nights, among others. The festival has been organized in association with Gyanjee caterers. For more info click here

Why you shouldn’t miss out on Jaipur Literature Festival 2020
September 4, 2018