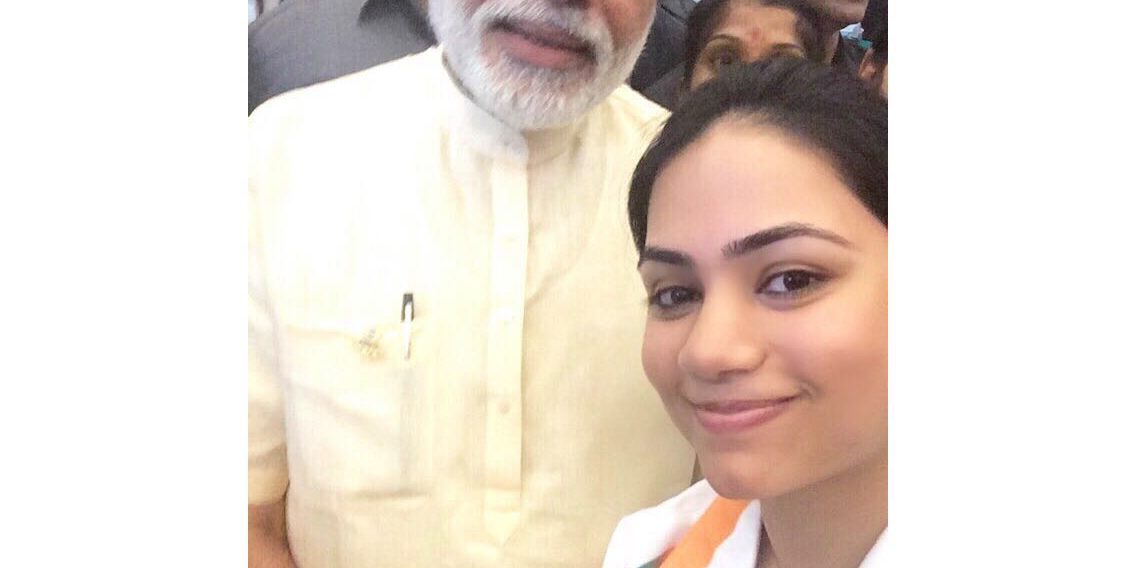 Ahead of the Rio Olympics, Jaipur’s woman shooter Apurvi Chandela met and clicked a selfie with Prime Minister, Mr. Narendra Modi in Delhi today. It is worth noting that she will be participating in the 10 metre air rifle event in the Rio Olympics. The Prime Minister appreciated her achievements and wished her well for the Olympics games. Apurvi expressed her gratitude to the Ministry of Youth Affairs and Sports, Sports Authority of India (SAI) and Olympic Gold Quest (OGQ) for all the help and support provided for the Olympic preparation.

Apurvi will now be heading to Lucerne, Switzerland for training and will fly from there to Rio de Janerio on 24 July. It is to be recalled that Apurvi won the gold medal in 2014 Commonwealth Games in Glasgow.

We wish her all the luck!