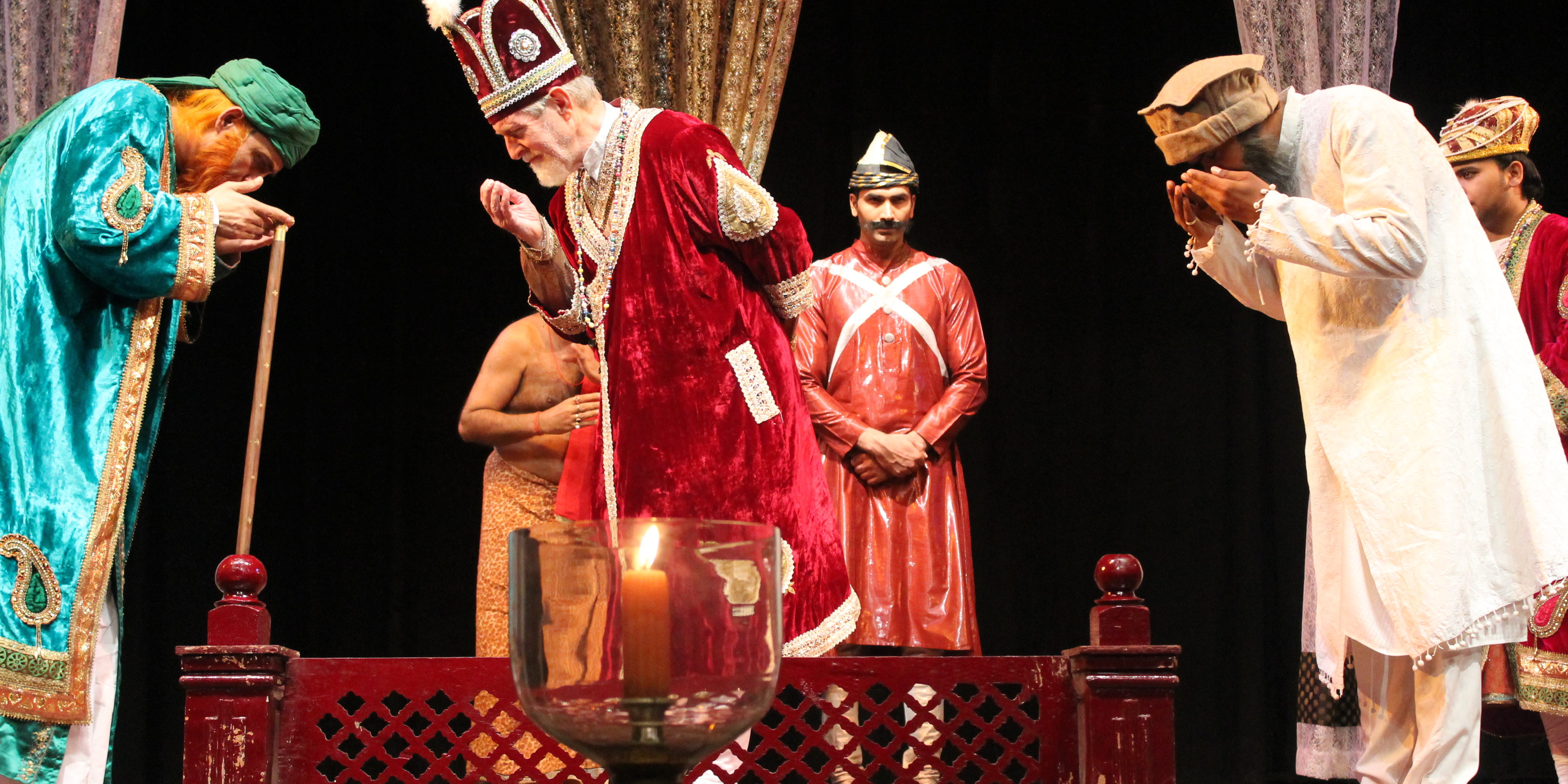 The upcoming SAARC Sufi festival at Diggi Palace in the Pink City is set to witness the magic of golden days of Urdu poetry in the play ‘Lal Qile ka Aakhri Mushaera’. The play is about a ‘Mushaera’ or a poetic congregation set against the backdrop of last days of Mughal reign under the then emperor Bahdaur Shah Jafar in the 1850s, just before the First War of Independence.

First premiered in 2012 at Lal Qila, the play has 25 shows to its credit so far and has been hailed as one of the finest portrayals of Urdu poetry, bringing together the tallest of poets of all times on a single stage to beautifully portray the last ‘Mushaera’ that took place at Lal Qila before 1857. The play features poetry of the finest quality and class, for instance, Ghalib’s ‘Ibn-e Maryam hua kare koi’, Zauq’s ‘Laayi hayaat aaye, qaza lechali chale’, Momin’s ‘Asar usko zara nahin hota’ , Zafar’s ‘ Ya mujhe afsar-e shahana banaya hota’, among others. The characters of these eminent poets in the play are brought alive by some of the prominent actors of the country like Harish Chhabra as Ghalib, Vijay Gupta as Munshi Tishnah, M Sayeed Alam as Zauq and India’s one and only Urdu speaking Tom Alter as the Emperor Bahadur Shah ‘Zafar’ .

The play has been written and directed by Dr. M Sayeed Alam, reputed for his penchant for historical, historic and humorous plays. “It is indeed a pleasure to be a part of the SAARC Sufi festival and I’m looking forward to perform there. I believe the play would enhance the very essence and purpose of the festival as it would showcase to a great extent the Sufi side of the Urdu poetry”, said Dr. Alam. He further informed that the play is the latest production of Pierrot’s Troupe – the theater company which is credited with giving many new, original and entertaining productions to Hindi and Urdu theatre.

It is to be recalled that the ETV sponsored 3 day SAARC Sufi festival, organised by Foundation of SAARC Writers and Literature (FOSWAL), will be held at Diggi Palace from 10-12 October.  The festival will be a melange of Sufi dance and music performances, poetry, book readings, book launches and interactive sessions. FOSWAL is the apex body of the South Asian Association for Regional Cooperation (SAARC) spearheaded by Padmashri Ms. Ajeet Cour. The play will be staged on 12 October.

Places in Jaipur with Weirdest Names that will make you ROFL
September 26, 2015

The wall art in Jaipur is not only beautiful but also highlights various social issues
September 26, 2015

An Exhibition to Trace the Evolution of Indian Handmade Textiles at JKK
September 26, 2015