Why Rajasthan is the most cost effective location for film shooting? 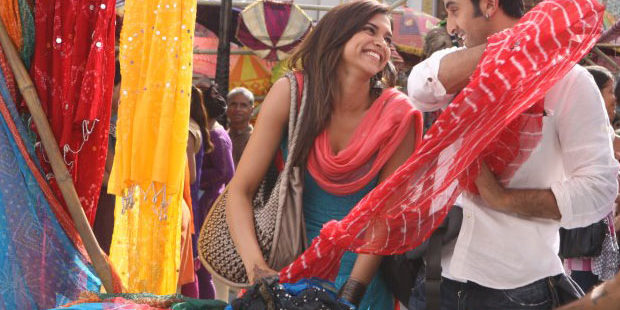 Rajasthan has always been a popular destination for film makers. Many Blockbuster Hits like Bajrangi Bhaijaan, Delhi 6, Yeh Jawani Hai Deewani, among others have been shot in Rajasthan. The State Government has now made it even easier and cheaper for them to shoot films in Rajasthan. Considering the long standing demands of film producers the Department of Tourism (DOT), Government of Rajasthan has waived off the Application Fee, Processing Charges and Security Deposit for shooting films in Rajasthan. A scene from Yeh Jawani Hai Deewani shot in Rajasthan

In this context the DOT, which is the nodal department for film shooting, has amended the existing ‘Rajasthan Film Shooting Regulations, 2012”. As per the amended regulations – “Rajasthan Film Shooting (Amendment) Regulations, 2016” – the film makers have no longer to pay the security deposit of a whopping Rs. 50 lakhs restricted to one week schedule and Rs. 10 lakh per day beyond the one week. Similarly, the processing charges of Rs. 15000 per day for the first week and Rs. 10 thousand per day beyond the first week has also been waived. Under the new regulations the application fee of Rs. 1000 is also not required to be paid.

To ensure speedy disposal of application for film shooting, nodal officers in DOT as well as in all other related Departments will be appointed who will act as a single reference point for compliance of all processes and extending time bound permissions.

The waiver of the security deposit, processing charges and application fee will give a faster boost to film shooting in the State. The Department will endeavour to extend all help in expediting such proposal so that shooting films in Rajasthan can be made an active economic activity in the State.