See how the age old Tradition of Cake Mixing Comes Alive at The Lalit, Jaipur 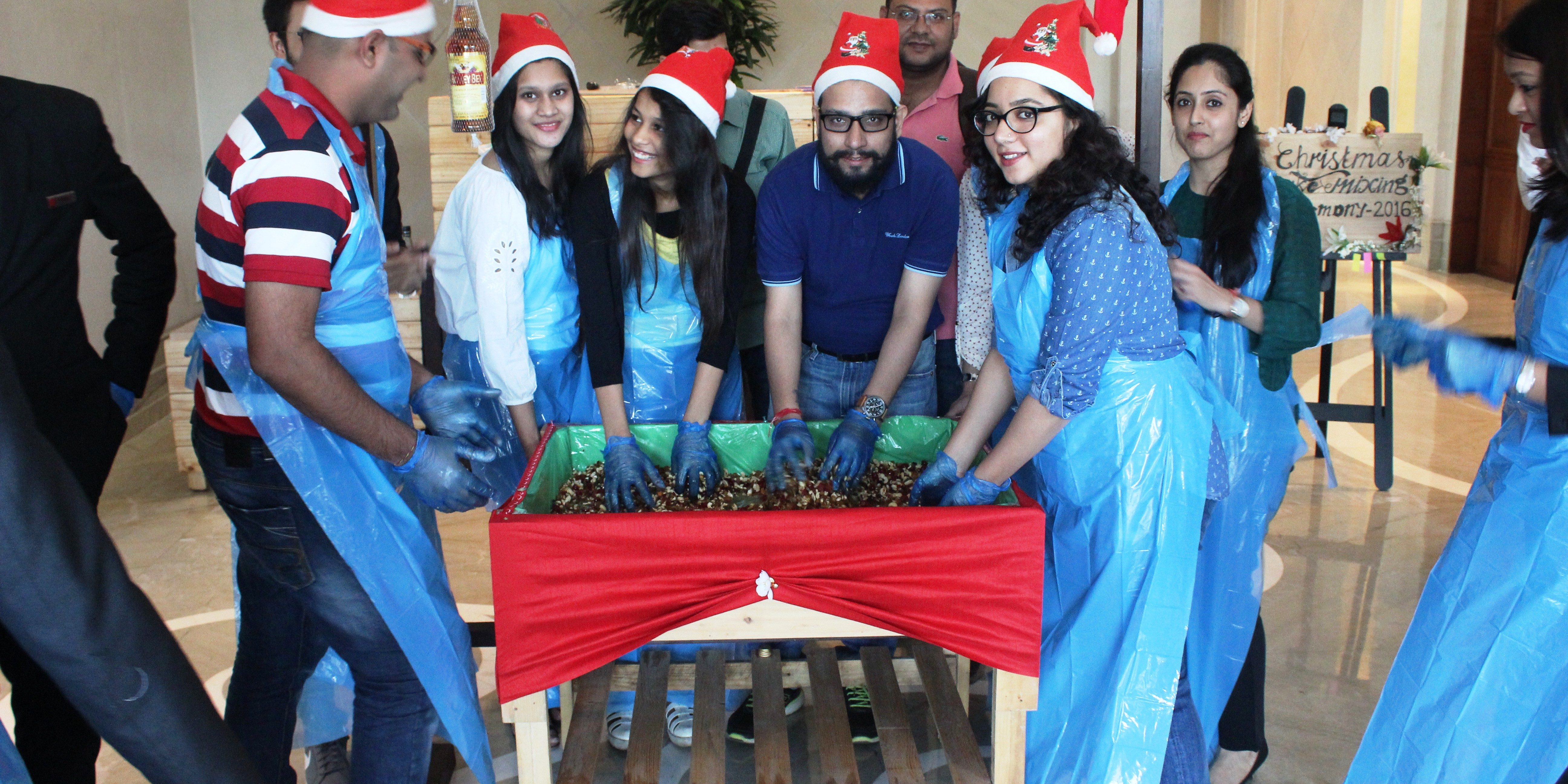 Festivity and bon homie filled the air as the age old tradition of cake mixing came alive at The Lalit, Jaipur recently. A ritual religiously followed all across the globe, ‘cake mixing’ heralds the Christmas season which is incomplete without the rich and sumptuous Christmas cake. The decor added immensely to the merriment of the event

However, making the Christmas Cake is no cakewalk. The preparations begin well in advance and commences with the traditional ‘cake mixing’ process. The ingredients of the festive cake like fruits, nuts, raisins, Sultana, cherries, ginger peel and orange peel are mixed with mammoth amounts of alcohol like wine, brandy and rum. The fruits and nuts are tossed and whirled in the alcohol till they are well coated. The alcohol brings the enticing flavour and aroma to the Christmas cake which cannot be given a miss! The rich mixture of cherries, nuts, raisins and orange and ginger peel

This mixture is emptied into large containers and stored for days before Christmas with occasional stirring in between. Although the tradition hails from Europe, it is now popular in all regions across the globe and among people of all communities and walks of life. The fun and excitement of the cake mixing affair  at The Lalit, Jaipur began with handing over the aprons, gloves and ,not to forget, the Santa caps to the blogger guests. As we donned our “Christmassy gear”, we were also joined by the chefs and other staff members of the hotel. The process began with adding the fruits and nuts to a large container. And then came the fun part of pouring the spirits. The tantalizing aroma of the alcohol filled the room and left everyone in utmost joy and merriment. And then began the tossing and turning and swirling and whirling of the fruits in the alcohol till they were drenched. Needless to say, the Christmas decor added immensely to the camaraderie of the event. The cake mixing ceremony was followed by gorging on some scrumptious eats. The cake from the previous year’s mixture was also served and Oh, boy! it was lip smacking. The plum cake from the previous year

The festivities have set in and now we are only awaiting to bite on this year’s plum cake and sip hot ginger tea on a chilly Christmas eve.

Tea served in funky cups and kettles at The Lalit, Jaipur

This is how hotels in Jaipur are celebrating Mother’s Day
October 24, 2016