Shye Ben Tzur in Jaipur for the Tablu Music Fest 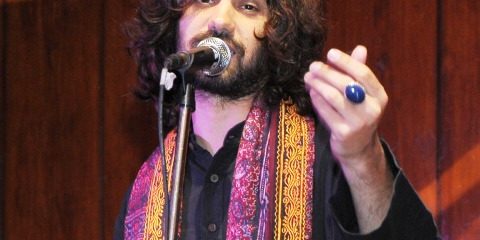 The Tablu in Jaipur is all set for three evenings of feet-tapping and mindblowing music. The Director of the Fest, Shye Ben Tzur, has already arrived at Hotel Clarks Amer – the rooftop of which is the venue for the great fest. “The Tablu International Music Festival is purely for people who like good music and if you like good music, you’ve got to be here. With the focus not being on any specific genre of music, the event is all about creating a happy and lively air for the Jaipurites through the scintillating numbers the bands will perform”, said Shye Ben Tzur. Originally from Israel, Shye ben Tzur has been directing this festival for the last five years and has thus been playing a prominent role in bringing great music from all across the world to Pink City. With as many 6 bands performing this year, the 12th edition of the festival will witness the mesmerizing performances of some renowned bands like Susmit Sen Chronicles, Mrigya and Swarthama, among others, he added.

Shye Ben Tzur, who is all set to release his music album next month, ‘Junoon’, will also be partaking in the fest. It is worth noting that Shye Ben Tzur has shot this album at the famous Mehrangarh Fort of Jodhpur with Jonny Greenwood of the famous rock band Radiohead along with 20 musicians from Rajasthan. The three day international music festival at Tablu is all set to render great music to the Pink City from today evening. It is to be recalled that the musical evenings on all three days will be divided into two parts. While the first performance will begin from 9.30 pm, the second one will be at 11 pm.  On day one, Susmit Sen Chronicles and Hari & Sukhmani will be performing. On the second day of the fest, Shye ben Tzur and Swarathma will be presenting their musical gala. The concluding day of the fest will witness the performances of the Gil Ron Shama Ensemble and Mrigya.

26 YO Shivangi Sarda is the youngest female from Rajasthan to complete Ironman Triathlon 70.3
October 7, 2015

Storytelling through photographs & films at this workshop at JKK
October 7, 2015

Students of Umang meet Salman Khan during his Dabangg 3 Shoot in Jaipur
October 7, 2015

Giving flight to imagination with a Visual Stories workshop at JKK
October 7, 2015