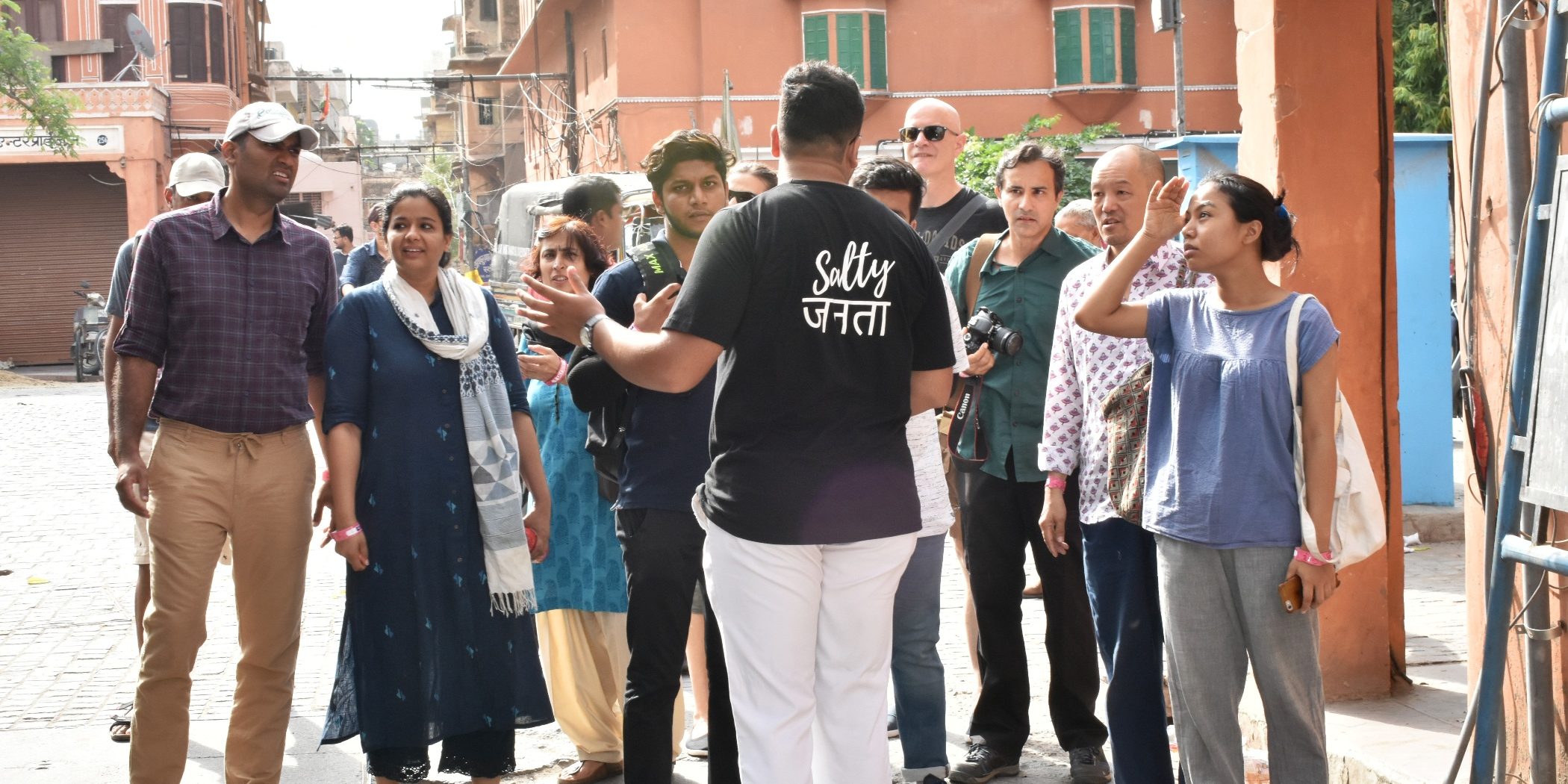 For the food lovers of Jaipur, Sunday morning began with a taste of traditional eats and drinks from popular vendors of the city. The occasion was the hour long Salt Food Walk in the by-lanes of the walled city. Over 50 participants took part in the guided tour which involved visiting the traditionally popular food vendors of Jaipur. The walk was organized by Salt Food Festival in association with Gyanjee caterers.

The guided tour commenced from the Khuteta Namkeen Bhandar in Kishanpole Bazaar where one enjoyed the spicy Jharke Bhujia. The next stop was the 150 year old Kalju Halwai where the participants enjoyed Mathri with Mirch Ke Tipore. To beat the summer heat, the Baba Juice Center’s famous Beel Ka Ras was also included in the walk.

Sampat’s Aloo Chilka Kachori was a hit among all the participants of the walk. It is worth noting that a Dal Pakori vendor who makes the delicacy only in winters, especially opened his kiosk today for the walk. Similarly, a poha cart was also especially put for the food enthusiasts of the walk.

During the walk, the participants were given flags, bags as well as caps to don. They were divided into different groups and each group was designated a guide to go around the shops. Popular food bloggers of the city were also seen engrossed in foodphotography while enjoying the eats.

Throwing light on the motive behind such an initiative, the organizer of the Salt Food Festival, Ms. Divolka Jain says that the objective of the walk is to reacquaint Jaipurites and tourists with the almost forgotten cuisine shops. It aims at reviving traditional taste of the city among locals.