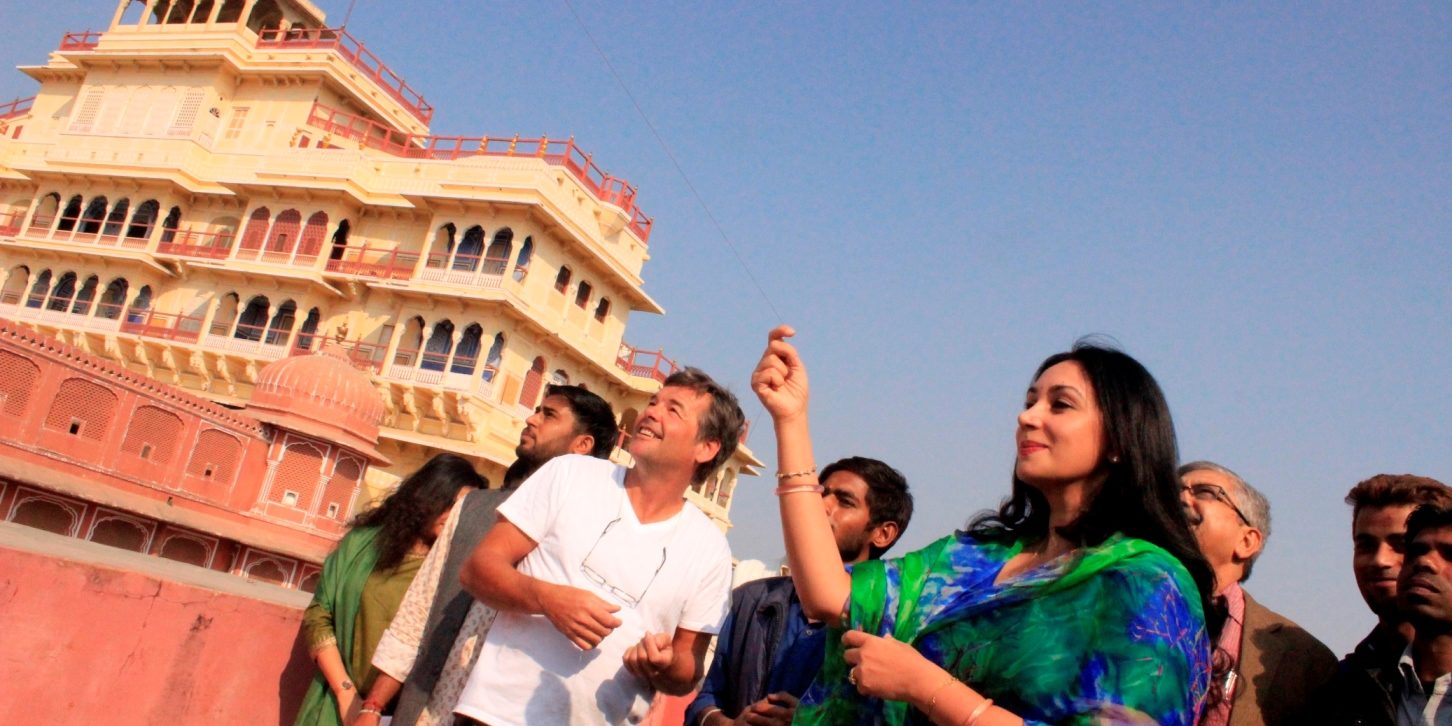 The traditional three-day Kite Festival on the occasion of the Makar Sankranti was inaugurated by Sawai madhopur MLA, Princess Diya Kumari at the City Palace today. ” The idea behind this festival is to create an awareness among the foreign and domestic tourists about the significance of the festival and about the fun of flying kites. There will be kite making and kite flying competitions as well. Such initiatives help to keep the culture of the state alive”, said Princess Diya Kumari on the occasion. The event was held at the terrace of the historic Sarvatobhadra Chowk. The foreign as well as domestic tourists had a whale of a time on a sunny, balmy morning, flying kites and enjoying the traditional delicacies like ‘Daal Ke Pakore’ and ‘Til Ke Ladu’. Meanwhile the folk singers rendered traditional Rajasthani numbers. The ‘charkhie’ and ‘kite’ of the late Maharaja Sawai Ram Singh II (1835 – 1880 AD) were also displayed for the tourists.