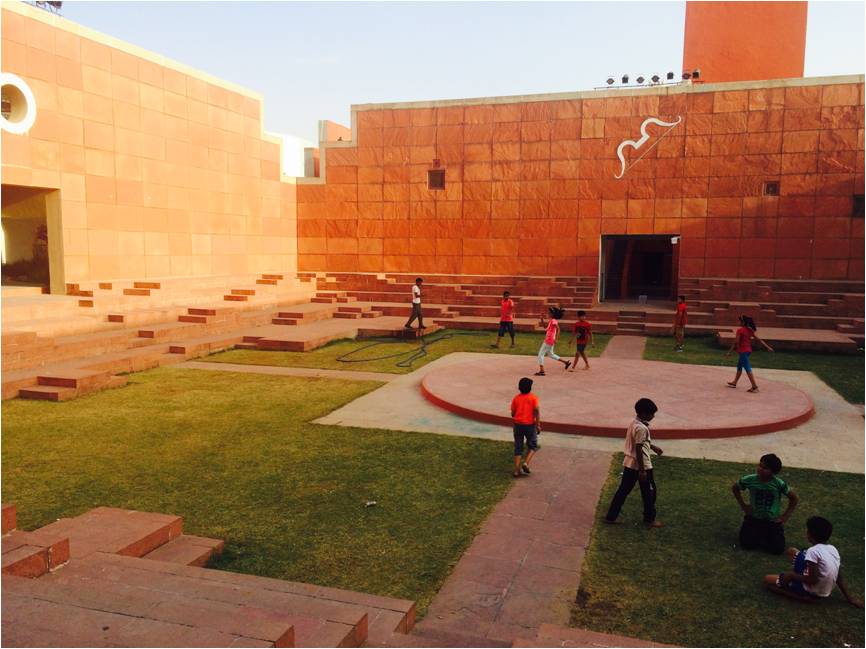 Jawahar Kala Kendra is a “piece of art” by Charles Correa. He is true for his quote of the beauty of his creation. Since 1991 Jawahar Kaka Kendra has been an alluring center for an arts and crafts in the city of Jaipur. The center is an analogue of the original city plan of Jaipur drawn by the Maharaja of Jaipur. “Jawahar” exemplifies the love that the late Prime Minister of India Jawaharlal Nehru had for arts and crafts.

People from within and outside India visit Jawahar Kala Kendra for its unique and one of its kind architecture and needless to say, its greenery. Charles Correa’s friend had once said that it is indeed the “Best piece of art”. It is a “ Nomad’s place where the soul can be in peace”. The concept for the Jawahar Kala Kendra has been inspired by the NauGraha (9 Mandala). One of the squares is pivoted to recall the original city plan and also to create the entrance. The plan of Jaipur city based on the nine square yantra in which in one square is displaced and two central squares combined. 8m high walls, symbolic of the fortification wall along the Jaipur old city, define the square.Ground plan of the Nat-Mandir in Konark (left), corresponding to the division of the Yantra of the Nine Planets or Navagraha (right). The symbols of the Yantra are: square= Venus; bow= Mercury; snake=Ketu; triangle= Mats; Lotus = the sun, at the center; Sword= Rahu; crescent= the moon; circle= Jupiter; man= Saturn. Based on the mandala Sarvasva.

If you are a book worm,  the JKK Library is certainly the best place to be in Jaipur.For more than two decades the JKK Library has provided Jaipur with an ample space for research and learning. The large two-storey library has in its collection over 14,000 reference books of various genres like art, culture, religion, architecture, literature, spirituality, among others. The newly renovated JKK library now features a General Section for adults and a  Junior Reading Room (JRR) with books and educational toys for children from age 4 to 14 years.The infrastructure at the library is being modernized with most of the books and the resource material under the process of digitalization. As many as 7,000 new books have been added to the General and the Children Section. Kids have no escape from the library as there are 3,000 variety of books available to them. The Kendra now also has a WiFi facility. The membership to the library is open. It is noteworthy that old books can also be donated at the JKK library.

Renowned artistes from all over the world perform at Jawahar Kala Kendra. Be it performing arts like dance, music and theatre or visual arts such as paintings and photography, JKK is the hub of all kinds of art. Only recently, JKK  had organized a week long high quality performing arts festival, “Navras’’. The festival witnessed a mélange of cultural performances by way of contemporary dance, Sufi music, fusion music, classical instrumental, classical vocal and theatre from across India. Some of the most well known cultural and theatre programmes like ‘The Manganiyar Seduction’ (directed by Roysten Abel); ‘Sharira’ (choreographed by Chandralekha); William Shakespeare’s ‘Macbeth’ (directed by Ratan Thiyam). Similarly, JKK also presented India’s first and largest children’s literature festival ‘Bookaroo’ for the first time in Jaipur.  —  “Bookaro”. In the two day festival, a host of distinguished authors, poets, illustrators, and theatre artists made the experience unforgettable with their fascinating body of work. Among the authors and poets who participated in the festival were Wendy Cooling, Arefa Teshsin, Bina Kak and Jerry Pinto.

Every year,  JKK also organizes summer camps in  which various activities, seminars and workshops such as Dance, Music, Theater, and Photography, among others are held.

To get your slurps and burps, you must the South-Indian cuisine like dosas, uttapam, idli and vada. And needless to say, you should not miss the coffee! The USP of this café is that it is affordable and also the view from the café is appealing enough to enlighten your day. The coffee house is a hub for the likes of city’s journalists, political leaders, poets and thinkers. Many of them have been coming for years together. Apart from the South Indian cuisine, one can also try the sandwiches, pakoras and noodles. Any visitor will sure be mesmerized by the aura and charm of JKK. So do let us know what you like about Jawahar Kala Kendra?

Just when you thought cough and flu was bad, Coronavirus came into town. It made you stay home and killed any semblance of a social 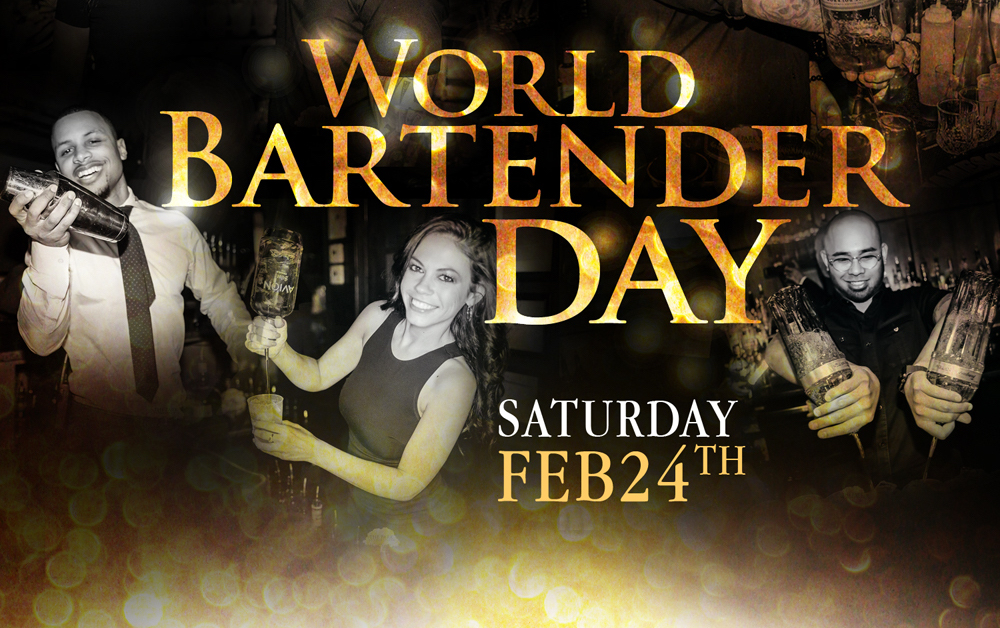 You’ve got a License to Chill ‘coz it’s World Bartender Day!!

With a brand-new club/pub/bar/lounge/disco opening in the city almost every weekend, it’s the perfect time to celebrate World Bartender Day. So head out with your 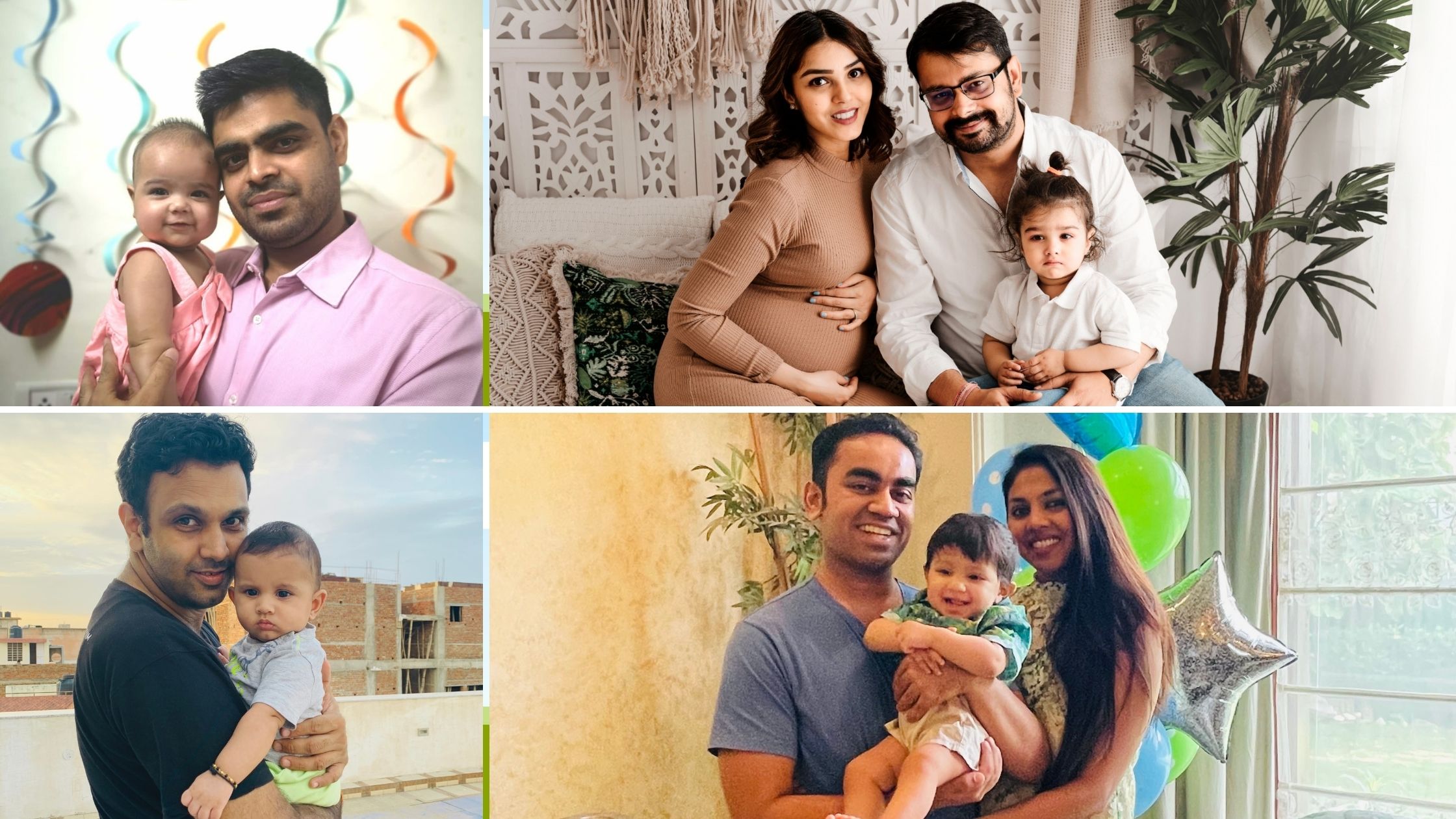 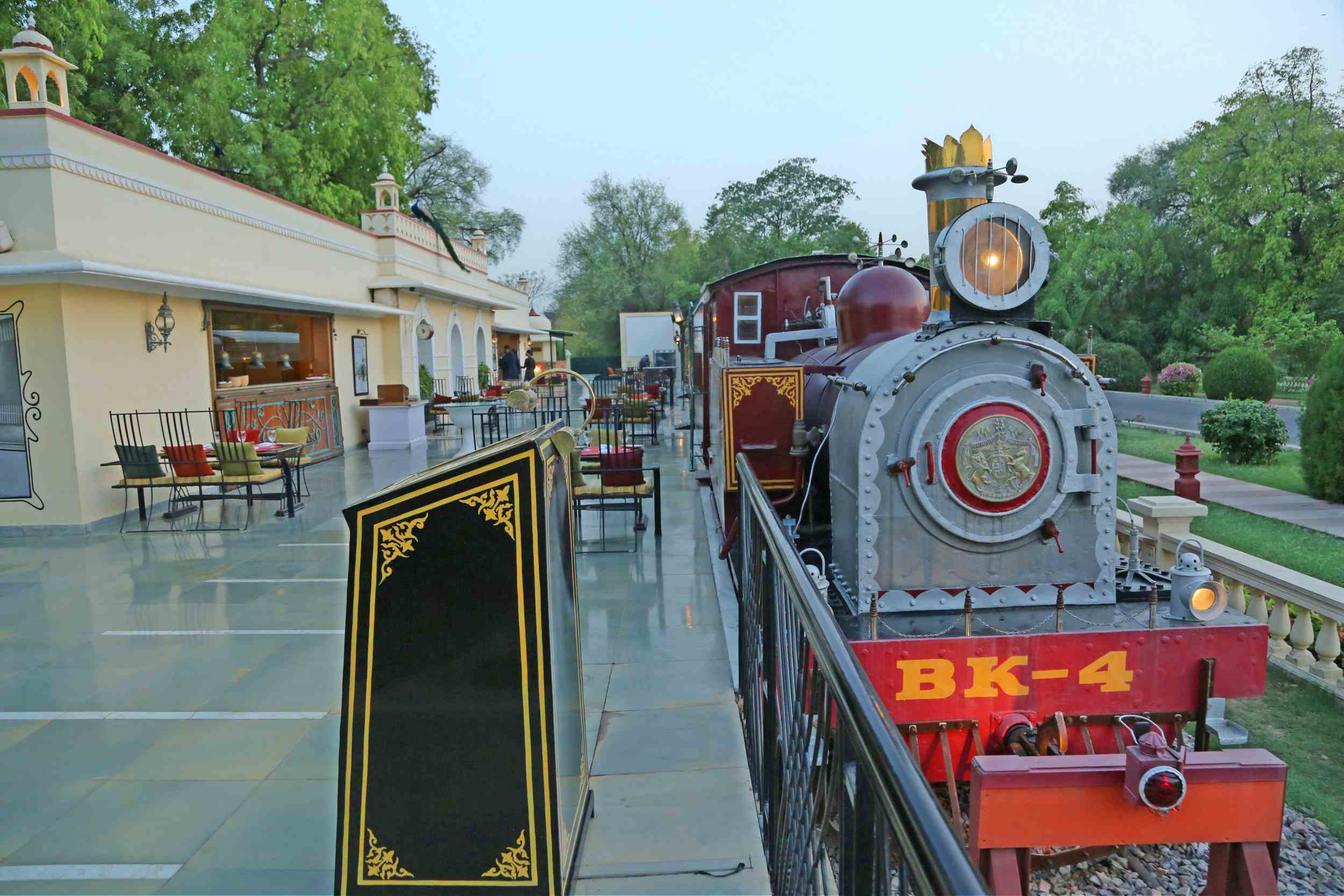 Pink City’s first and original “restro bar on wheels” — Steam at the Rambagh Palace is hosting ‘Flavors of Charcoal’ till 30 June. Whether you