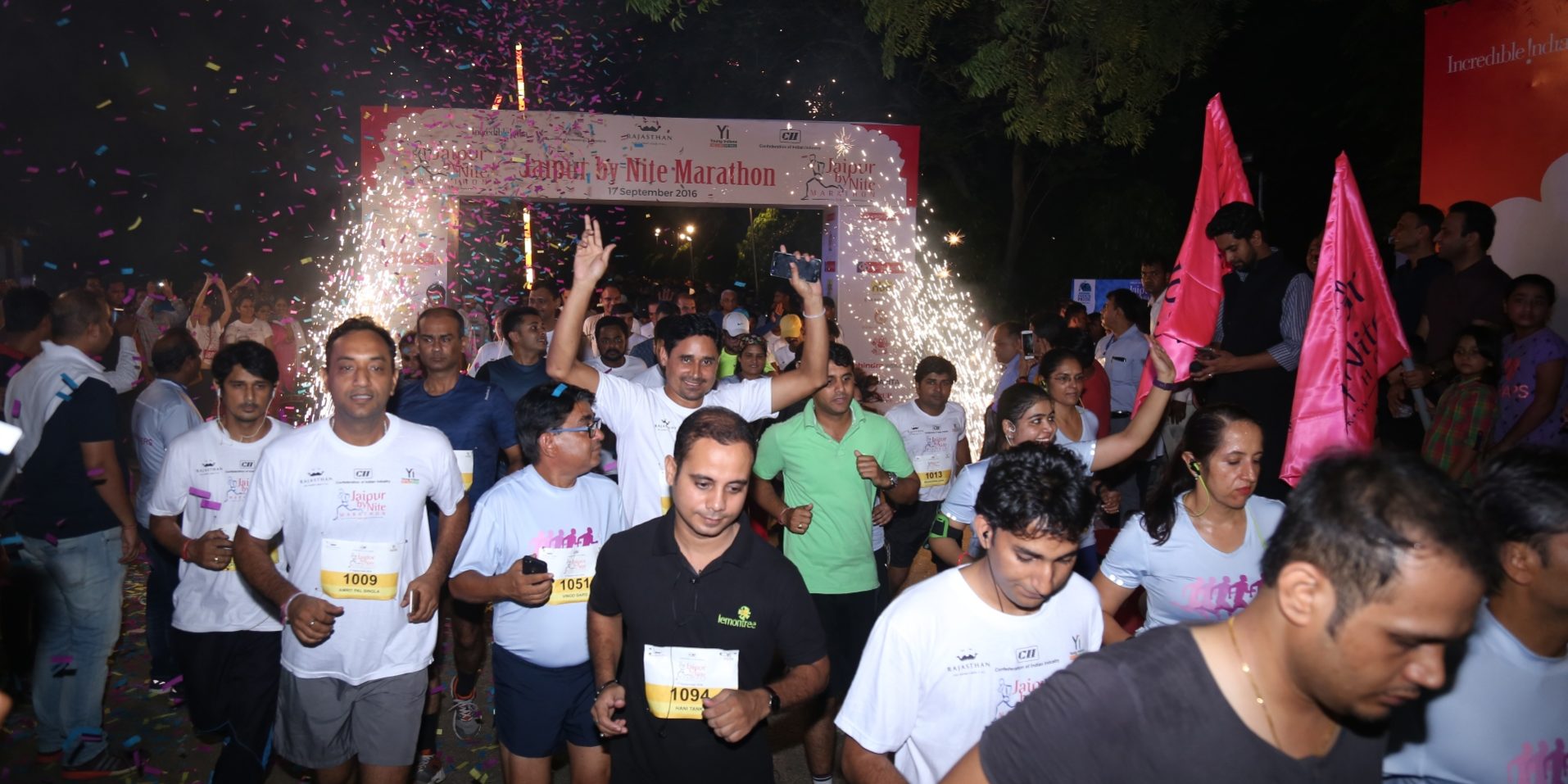 The Pink City recently witnessed the fourth edition of ‘Jaipur By Nite’, a unique initiative to promote night tourism in Jaipur. Jointly organized by Confederation of Indian Industry (CII), Young Indians (YI) and the Department of Tourism (DOT), Government of Rajasthan, the event was a melange of Rajasthani culture, live music, folk dance and a first of its kind marathon.

On the first day of Jaipur By Nite, at the resplendent Jaigarh Fort,  two live music performances took place. The first was by the renowned Sufi Band from Rajasthan – Rajasthan Roots. They performed a mix of popular folk and Sufi songs like Kesariya Balam, Chaap Tilak, Mast Kalandar, Allah Hu, among others. This was followed by the captivating performance of the popular Indian rock band from Delhi – Euphoria. They performed some of their hit numbers like Maaeri, Dhoom, Rok Sako toh Rok lo and Phir Dhoom, among others. Lead singer of Euphoria, Palash Sen at his best

Performance by renowned Sufi band from Rajasthan, Rajasthan Roots at the Jaigarh Fort

On the second day, a marathon entitled ‘Jaipur By Nite Marathon’ was held. The marathon, which began from Hotel Clarks Amer,  was a distinct activity wherein the participants from various parts of the country witnessed and promoted the beauty and heritage of Pink City in night. There were two models for the marathon — 10 km and 5 km. People participated in the marathon with a lot of enthusiasm and zeal. Apart from spreading the message of  being fit and healthy, the marathon also aimed at portraying Jaipur as a safe and secure city even at night. Apart from Ambassadors and dignitaries from various countries, Jaipur By Nite was attended by more than 1000 visitors daily. Let’s hope for more such events in the city to keep Jaipur vibrant and lively.

Why you shouldn’t miss out on Jaipur Literature Festival 2020
September 18, 2016