The secrets & treasures of Tutankhamun

Tutankhamun, commonly referred to as King Tut, was an Egyptian pharaoh who was the last of his royal family to rule during the end of the 18th dynasty during the New Kingdom of Egyptian history. On November 4, 1922, the British Egyptologist, Howard Carter discovered the tomb of Tutankhamun in the Valley of the Kings in Southern Egypt. The tomb was discovered nearly 3000 years after his death and according to findings, he took over as the ruler when he was around 9 years old and died at the young age of 19 years under mysterious circumstances. The discovery of the treasures of the young king was a landmark event in history as thousands of priceless pieces of art were revealed that stand testimony to the skill and finesse of the ancient Egyptian artists.

The treasures of Tutankhamun come to India

In a first not just for the city but also for the country, replicas of the mummy of the Egyptian ruler, Tutankhamun and relics found in his tomb are on display at the Alankar Gallery in Jawahar Kala Kendra (JKK). Dr. Mostafa El Ezaby, an Egyptian artist, has spent 30 years of his life in making the replicas using different materials. Currently, around 120 such magnificent pieces are being exhibited at the show ‘Tutankhamun – Secrets & Treasures’, which has been curated by Manish Sharma.

Speaking about his work, Dr. Ezaby said: “It takes at least 8 to 9 years to create such huge replicas of the ancient treasures which are currently on display here. The reason behind creating such life-like pieces of ancient Egyptian art is to make people in other countries aware about the rich culture of Egypt. We are happy to bring this exhibition to India for the first time ever and that too in a city like Jaipur. ” Previously this exhibition has taken place in countries like Switzerland, Germany, Japan, France, Sweden, Belgium, America, among others and has been cumulatively been viewed by over 10 million visitors.

Shedding light on the objective of bringing this exhibition to the Pink City, the curator, Manish Sharma says: “The ancient civilizations around the world are a mystery to humans. The artistic feats achieved by these civilizations are still admired and pondered over by generations. This exhibition is especially curated to display the visual wealth of the ancient Egyptian civilization and its most famous king Tutankhamun. The art pieces on display here give a peek into the golden civilization of the black land.”

A peek into the culture of Egypt

Some noteworthy pieces which are on display include the golden mask of the king, coffins, military wheels, throne of Tutankhamun, among others. While the Golden Throne of Tutankhamun depicts a scene from the daily life of Tutankhamun in which the young pharaoh sits in relaxed pose and his wife rubs her husband’s shoulder, another piece of art showcases Tutankhamun hunting hippos with harpoon on a reed boat. On the other hand, the inner gold coffin made of pure gold and with a weight of 110 kg, is the most spectacular object of the tomb treasure. What is interesting about the mask of Tutankhamun is that it covered the head of the wrapped mummy in its coffin and ensured more protection for the head and shoulders of the mummy. Some replicas of ancient Egyptian Gods and Goddesses are also on display.

“The in-charge of the exhibition, Mohamed Ahmed Atwa, who has also come from Egypt, says: When the original mummies or relics were taken outside the country there was a lot of wear and tear so it was decided by the Egyptian Government to not take the original treasures outside Egypt. In fact, they are not even displayed within the country. This is why these exact replicas have been carefully and strenuously crafted with intricate detailing.”

Expressing her happiness on holding such a prestigious exhibition at JKK, Director General of JKK, Gayatri Rathore shared: “It is a matter of immense happiness for us to bring this exhibition for the visitors of JKK and acquaint people who cannot travel to other countries with the diverse cultures of the world through art and artifacts. This is just a start and it is our endeavor to have similar international exhibitions in other parts of Rajasthan as well”

When: September 8 – October 8, 11 am to 7 pm
Where: Alankar Art Gallery, Jawahar Kala Kendra
Entry: Through tickets priced at INR 200 which are available at JKK 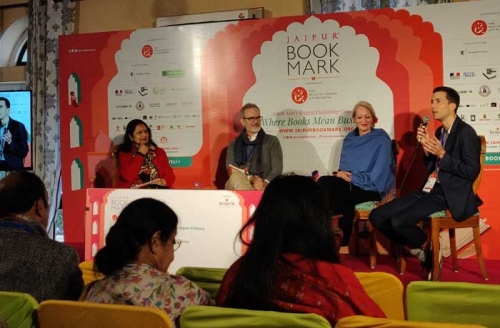 South Asia’s biggest publishing conclave, the prestigious Jaipur BookMark, will be returning to the pink city for its ninth edition from 19th – 23rd January 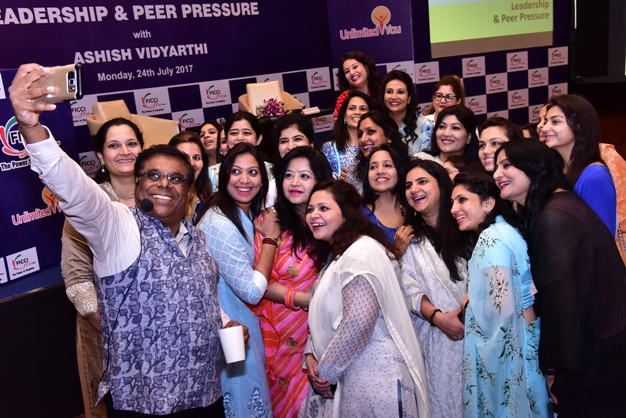 Renowned Bollywood actor and motivational speaker, Ashish Vidyarthi was in the Pink City recently to address the Jaipur FLO members. In an interactive Avid Miner 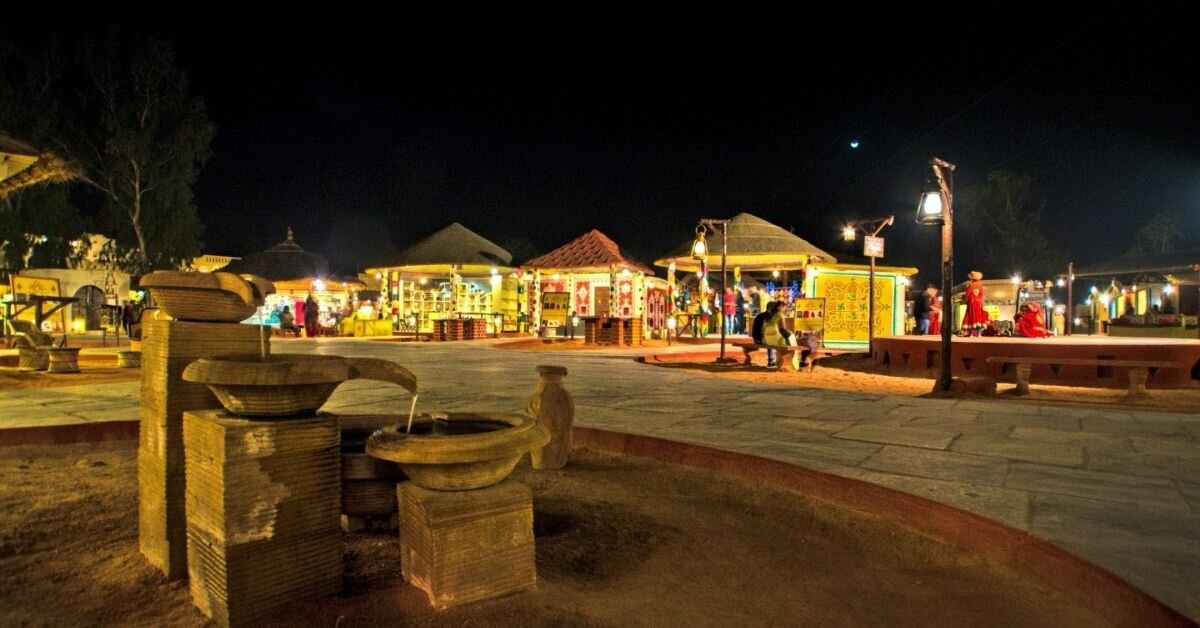 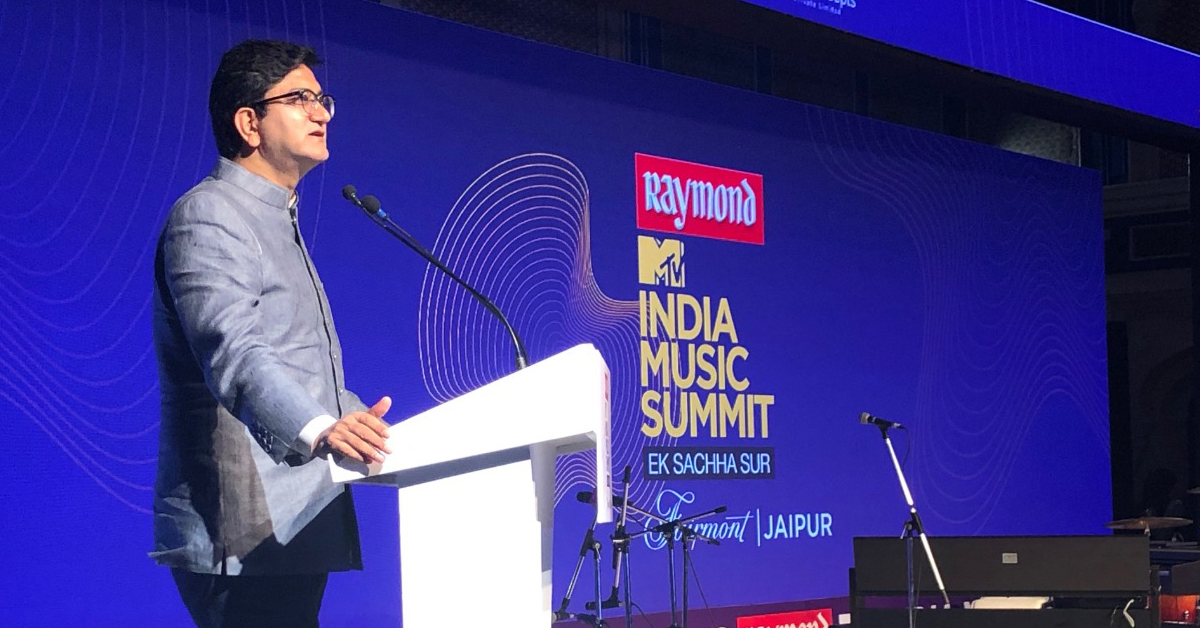 Jaipur has a lot of ‘Kansens’ : Prasoon Joshi

The 3rd edition of the India Music Summit witnessed the largest congregation of musicians in Jaipur. During the 3 days of summit Asha Bhosle, Sunidhi Chauhan,