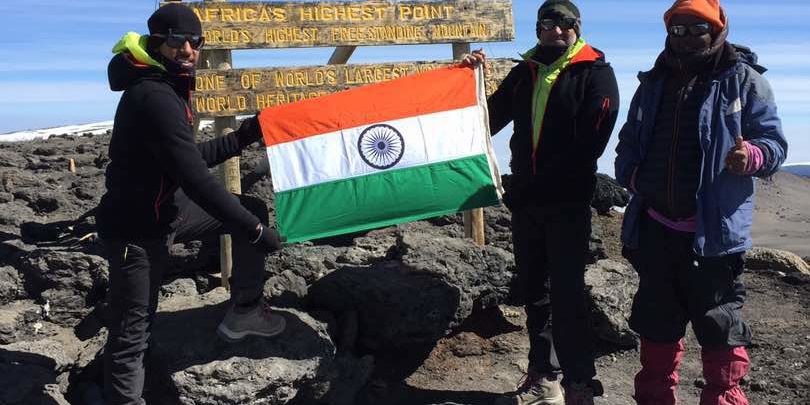 Neeraj Bhardwaj informed that this was an experience of a lifetime. There are no words to explain this experience, he said and added that they felt like they were on top of the world. All their hard work and efforts have finally paid off, said elated Mr. Neeraj. They hoisted the national flag on the summit as well as the flag of St. Xavier’s School, Jaipur. Neeraj further informed that the climb was a big challenge for them. They began their ascent for the peak at 12 in the night so as to reach by sunrise. The freezing temperatures and strong winds proved to be a major challenge for them. Trekking to Mt. Kilimanjaro is the most desirable trek amongst trekking enthusiasts across the globe. The weather is sub zero and the harsh winds blowing make it all the more difficult for trekking.

26 YO Shivangi Sarda is the youngest female from Rajasthan to complete Ironman Triathlon 70.3
June 25, 2017

Storytelling through photographs & films at this workshop at JKK
June 25, 2017

Students of Umang meet Salman Khan during his Dabangg 3 Shoot in Jaipur
June 25, 2017

Giving flight to imagination with a Visual Stories workshop at JKK
June 25, 2017