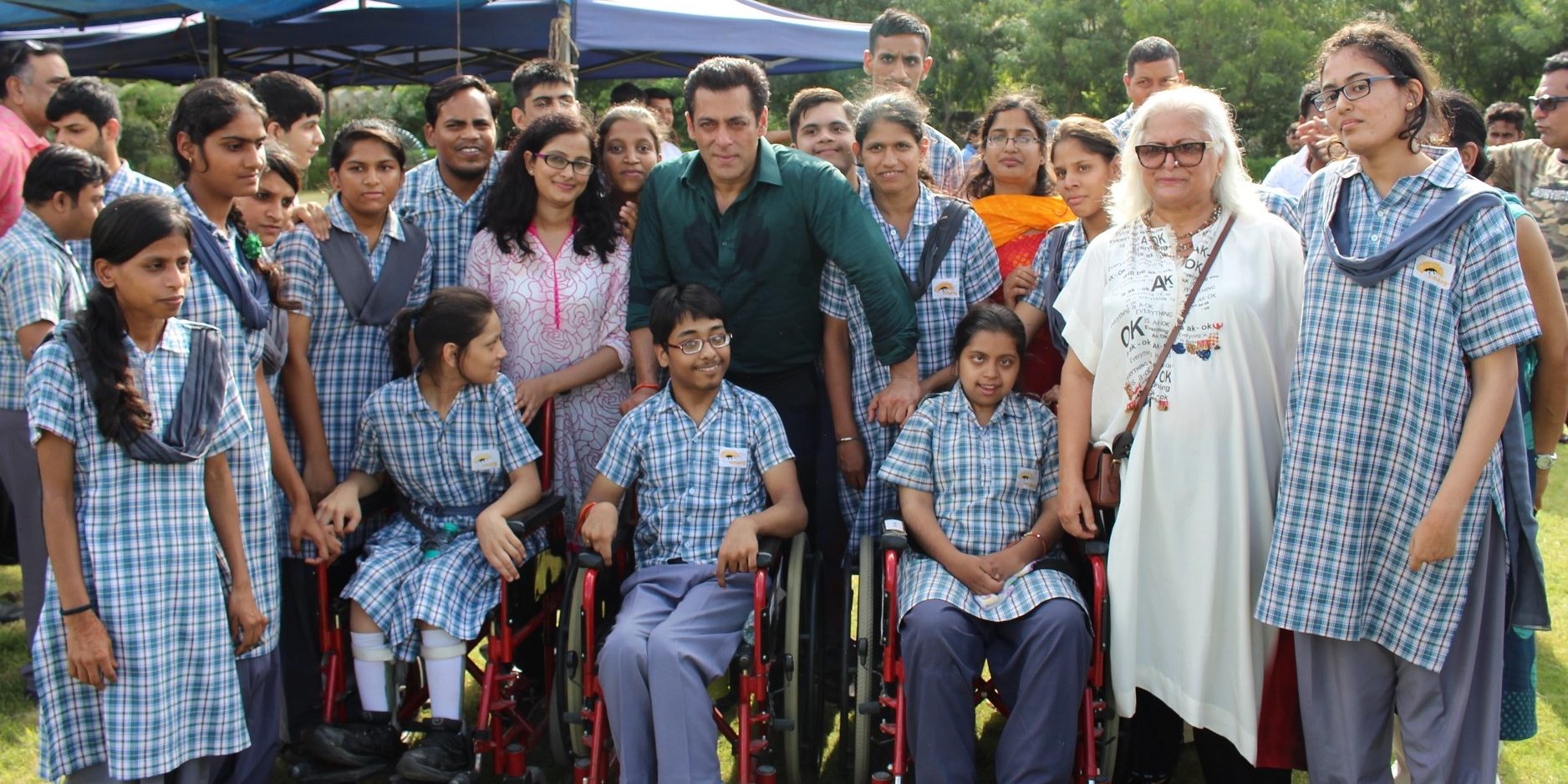 Students of Umang met renowned Bollywood actor, Salman Khan in Jaipur. Salman was shooting in Jaipur for his upcoming action and romantic-thriller movie, Dabangg 3. The entire team and cast of the film including director, Mahesh Limaye;  actress, Sonakshi Sinha as well as choreographers, Prabhu Deva and Vaibhavi Merchant spent time with the students and danced with them. The Salman Khan Films (SKF) donated a solar energy plant for Umang. This plant will be installed on the terrace of the school and enable the entire building to be powered by solar energy.

Later, the students were also treated to goodies by Former Minister of Tourism, Government of Rajasthan, Ms. Bina Kak. The entire crew of Dabangg 3 was very friendly and would sneak out between shots to play with them or talk to them. All the children felt very special, loved and enjoyed their time with the stars.

26 YO Shivangi Sarda is the youngest female from Rajasthan to complete Ironman Triathlon 70.3
August 21, 2019

Storytelling through photographs & films at this workshop at JKK
August 21, 2019

Giving flight to imagination with a Visual Stories workshop at JKK
August 21, 2019